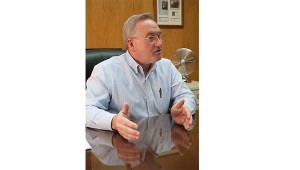 Carter County Mayor Leon Humphrey vetoed the budget approved by the County Commission on Monday citing “illegal” action taken by the commission as well as other problems with the amended budget.

On Wednesday Carter County Mayor Leon Humphrey vetoed the amended budget approved by the Carter County Commission during its meeting on Monday.

This property on Highway 400 has been the subject of much discussion by the Planning Commission. On Tuesday the commission... read more