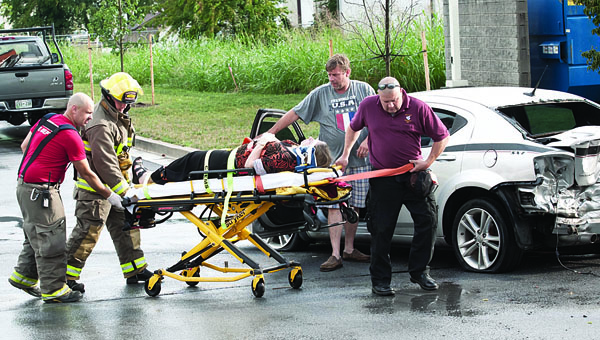 One person was injured and another charged after a wreck on Highway 91 Thursday evening.

Elizabethton Police Department Sgt. Patrick White said Jennifer Hardin was driving a Ford F150 truck northbound on highway 91 when she struck a Dodge Avenger, also traveling northbound, in the rear of that vehicle.

The Dodge was knocked off the roadway and traveled down an embankment into the parking lot of the BP service station, where it struck a vehicle parked at the pumps, white said.

The driver of the Dodge, whose name was not immediately available, was transported to a local hospital by the Carter County Rescue Squad for treatment of injuries.

White said Hardin was charged with following too closely with contact.

Despite veto, work goes on

County departments are in a holding pattern after the veto of the budget approved by the County Commission. On Wednesday,... read more