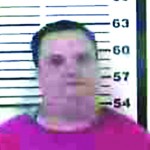 An Elizabethton woman is facing charges after police say she called 911 with an unusual request – and they say it isn’t the first time she has called the emergency number with the same request.
Terri Lynn Montgomery, 33, 518 Johnson Ave., was arrested Saturday by Elizabethton Police Department Capt. Anthony Buck on a warrant charging her with abuse of 911 system / non-emergency 911 calls, a Class C misdemeanor under state law.
The charge stems from an incident reported to police on July 31 when a dispatcher at Carter County 911 contacted Buck over the radio and asked him to call the dispatch center.
“The dispatcher stated a female, which he identified as Terri Montgomery, had called them requesting sex from a female officer,” Buck said in his warrant, adding he then responded to the 911 Center and spoke with the dispatcher who took the call.
According to the warrant, the dispatcher reported to Buck that shortly after 10 p.m. a call came in from a female, later identified as Montgomery, who said she needed to talk with a specific female officer of the Elizabethton Police Department.
When the dispatcher asked why Montgomery needed to speak with that specific officer, Buck said, Montgomery told the dispatcher she loved the officer and wanted to engage in sexual activity with her. A copy of the 911 call was obtained and placed into evidence.
Buck said in the warrant he charged Montgomery with the offense because “she used the 911 system for harassment/abuse rather than to report an emergency.” He also noted in the warrant Montgomery was charged with a similar offense in June.
That incident occurred on June 12 around 10 p.m., according to a report by EPD Officer Jordan Ensor. In that incident, Ensor was advised by 911 dispatchers that a female caller, later identified as Montgomery, had called 911 three times using “vulgar language” and requesting to engage in sexual activity with a female officer.
“Dispatchers also advised that the caller identified several officers by name and continued making vulgar statements,” Ensor said in the warrant.
When Ensor went to Montgomery’s residence to speak with her, he said she initially denied placing the calls to 911. Ensor said he then used the re-dial function on Montgomery’s phone and the call went through to 911.
“Ms. Montgomery then stated that she did call 911 because she needed sex really bad and she really needed a cop,” Ensor said, adding he placed Montgomery under arrest on a charge of abuse of 911 system/non-emergency 911 calls.
In March 2012 Montgomery pleaded guilty to a charge of stalking a female Elizabethton Police Department officer.
EPD Chief Greg Workman said his department is watching the pattern of behavior from Montgomery.
“If it continues, we will pursue additional charges,” he said. “Right now we will see how it plays out in the judicial system.”

It’s time to play ball, have a party in the park and pick up some Elizabethton history, to boot. The... read more