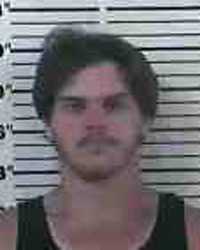 A Carter County man has been charged after police investigated a report that a teenage girl received explicit messages on a social media website.
Steven Daniel McQueen, 22, of 210 Apple Tree Lane, was arrested Thursday by Elizabethton Police Department Officer Ryan Brackett on a warrant charging him with one count each of solicitation of a minor and providing obscene material to minors. McQueen was also served with an outstanding warrant charging him with violation of probation.
The charges of solicitation of a minor and providing obscene material to minors stem from an investigation conducted by the Carter County Sheriff’s Department.
CCSD Lt. Randy Bowers said in the warrant for McQueen’s arrest that the investigation began on July 23 when police received a complaint that a 16-year-old female had received obscene messages and photographs from McQueen.
“The mother of the juvenile was checking her daughter’s Facebook and discovered the messages in question,” Bowers said, adding the mother provided him with copies of the messages and photographs exchanged by McQueen and the juvenile. “In the messages (McQueen) told the juvenile what he wanted her to do with him sexually,” Bowers said, alleging that McQueen had sent a photograph of his private parts to the girl.
During the investigation, Bowers said he spoke with the teenager and she said McQueen had contacted her through Facebook on July 21 or 22. Bowers said the girl “admitted to corresponding with (McQueen) about having sex with him” and also confirmed she had sent McQueen a photograph of her private parts.
Bowers said he also contacted McQueen as part of the investigation and McQueen said he had contacted the juvenile through Facebook and had sent her a picture of his private parts.
McQueen is currently being held in the Carter County Detention Center without bond on the violation of probation charge.
Bond on the charges relating to this case was set at $10,000. He is scheduled to appear in General Sessions Court on Oct. 24.