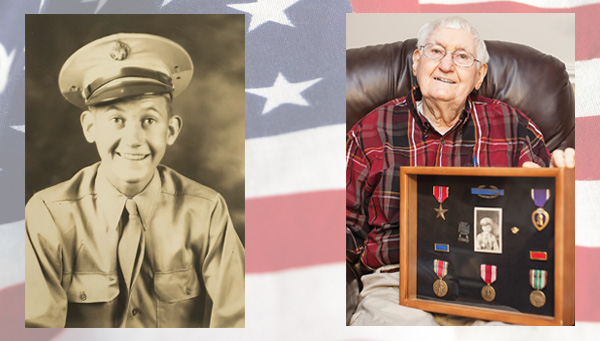 Harold Hubbard, show at left during WWII and at right with his shadowbox of medals, fought on the front lines in the Italian Alps during the war.

Veteran earns sense of accomplishment through wars in Afghanistan & Iraq