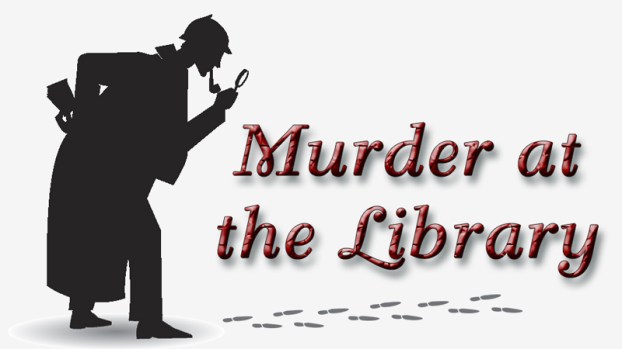 A night of mystery and intrigue awaits area teens and tweens who would like to try their hands at figuring out “who done it.”

The Elizabethton/Carter County Public Library is hosting “Murder at the Library,” on Tuesday, April 11, from 6-8 p.m. for students in 6th through 12th grades.

“We’re still trying to grow the teen program, and we thought this would be an interesting way to draw them in,” said Bernie Weese, the Patron Services Supervisor at the library.

At this event, the teens and tweens will have the chance to try out the sleuthing skills as they work to solve a fictional murder that takes place at the library. And, not only will the students be trying to solve the murder, one of them will actually be the guilty party.

“They’ll each be assigned a character,” Weese said.

The amateur detectives will have to channel their inner Sherlock if they want to solve the case.

“No one knows who has done it until the end when we solve it,” Weese said. “If their character is the killer they will learn that as we go along.”

However, for sleuths with a shy side, Weese said they can participate as a detective without having to portray a character.

The event will take place after the library has closed for the evening, which Weese said should make the night even more interesting.

Light refreshments will be served for the event and library staff ask that those wishing to participate register in advance. Registrations should be made before 5 p.m. on Monday, April 10, either at the circulation desk or by calling the library at 423-547-6360.

Weese said the library is also looking at the possibility of hosting a similar murder mystery event for adults in the fall.

Even though Mother Nature has thrown curve balls to the region this weekend, spring-like weather in its full abundance is... read more