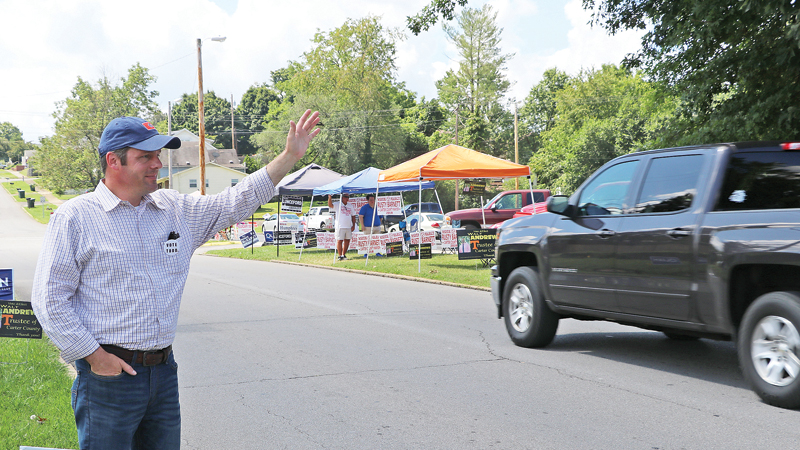 Todd McKinley is no stranger to Northeast Tennessee.

McKinley, a Kingsport native, spent Thursday morning touring the area to talk with voters looking to cast their ballots in the August primary election. During his stop in Elizabethton, the Republican candidate for the 1st Tennessee Congressional District talked about the excitement and optimism for the upcoming election.

“The election is one week away. I’m very excited and ‘hopefully’ optimistic,” McKinley said Thursday. “There’s a lot of excitement. Things are looking good and I’ve been able to meet a lot of good people along the way.”

McKinley, who served in the military for 20 years, is part of a four-way race for the Republican ticket. Incumbent Rep. Dr. Phil Roe, James Brooks and Mickie Lou Banyas round out the Republican primary race for the position while Dr. Marty Olsen is the lone candidate on the Democratic Party ticket.

For the 2018 election year, McKinley said his campaign is energized and believes this year could be an anti-incumbent year.

“People voted for Donald Trump to ‘drain the swamp’ and I think this is an anti-incumbent year,” McKinley said. “I think people will vote to drain the legislative swamp. I’m hoping that’s the case. If not, people will get more of the same. If you have a lot of complaints, go out and vote for somebody else. There’s options out there.”

McKinley also gave a quick rundown on where he stands on certain issues.

“I’m pro life, pro second amendment, I’m for constitutional carry and I’m for term limits,” McKinley explained. “I plan on doing three terms, if elected, and moving on. I’m for the balanced budget amendment and pushing education back to the states and getting rid of the federal department of education. Another thing is reducing the size of the scope of the federal government outright. A lot of it goes back to push things back down to the state and local level. I think the government that’s closest to the people, local and state, is the government that should govern best. The federal government in Washington is too far removed. The bureaucratic system is broken.”

Another hot-button issue during the election has been healthcare.

“I’d like to see upfront pricing,” McKinley said about the public visiting doctors. “You go to a car dealership and what happens? There’s a window sticker. Why aren’t physicians forced to tell you what you’re going to pay for? I understand there are things that are unforeseen but for the most part, they’ll tack on things at the very end that they don’t need to.”

McKinley added another key aspect is patent reform for pharmaceutical companies. He stated that if companies can be limited to the amount of patent they receive, it can help drive the cost of medication.

In regards to the repeal and replacement of “Obamacare,” McKinley added there has been a failure from the current administration. The candidate added that a bill was expected to be created by Roe with the Republican Party holding majority in different forms of government, and that now that isn’t the case.

“We have all that, and there’s no bill ready to go,” he said. “They tried early on in the Trump administration and it failed. Now the goal push it off to the next congress cycle. That’s a failure to the American people. Running on repeal again, you can’t go back to the same well. I understand there are people that support Obamacare, but if you’re going to run on repeal and replace, do it.”

Another key focus for the McKinley campaign is economic growth for the First Tennessee Development District.

“The average person in the 1st District makes around $31,000 to $34,000 a year,” McKinley said. “People are living paycheck to paycheck. I’d like to work to push more jobs down this way and use my resources and connections in D.C. to maneuver businesses in the area.

“Another priority is to work closely with every city and county mayor,” he continued. “We need to work in cooperation with one another. If a company comes into Carter County, people in Washington County, Sullivan County and Unicoi County will be able to benefit as well. We have to work together to woo business into the area on a regular basis.”

After stops in Carter and Unicoi counties, McKinley added he was making preparation for a forum that would be held later in the day in Washington County. McKinley and Olsen were the only two candidates scheduled to attend with Roe not scheduled to appear.

“He’s said several different things,” McKinley said. “The reality is, they were going to do this on the 24th and my schedule wouldn’t allow for it because I had an American Legion function to attend to. When they said they could move to the 26th, I was all for it. And that’s the way it should be for everyone. We have to work with the people who want to know about the candidates. If you want to represent the people, you should know where they stand on the issues and they should know where you stand on the issues.”

Accessibility is also another thing McKinley said he wants to bring, with the hope of having regular town halls in the district if elected.

Prior to the election cycle, McKinley is a combat veteran who served in Iraq and Afghanistan. Following his military career, the candidate worked at the White House for six-and-a half years.

“I’ve seen the swamp from the inside. I know it’s dysfunctional. I’m not going to be wowed by it,” he said. “I will go up there to represent the people that voted for me.” 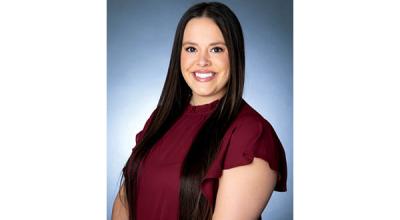 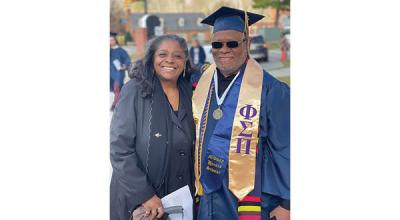