Trial for constable charged with oppression delayed until Feb. 2019 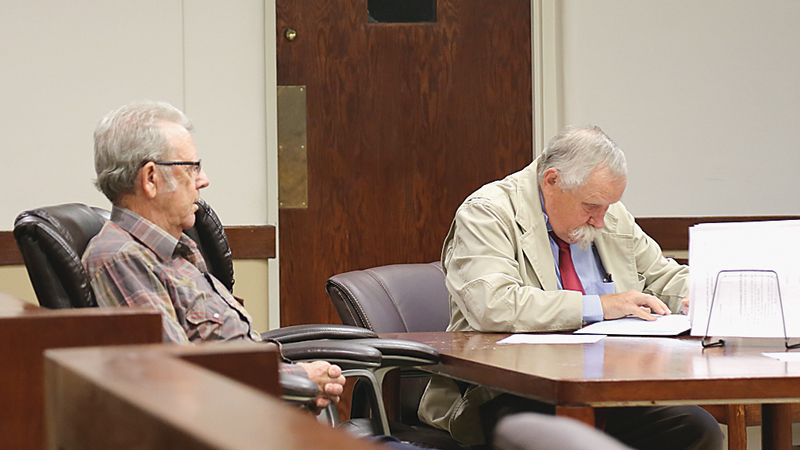 The trial for a Carter County constable charged with official oppression that was scheduled to start this week has been delayed due to a scheduling conflict for the prosecuting officer.

Criminal Court Judge Stacy Street said he had been informed of the delay prior to Wednesday’s court appearance but he had requested the parties appear that morning to formally put the resetting of the case into the official record. The state’s request for a reset came after it was learned the prosecuting officer for the case, Tennessee Bureau of Investigation Special Agent Scott Lott, would not be available for the scheduled trial dates.

“Agent Scott Lott has a conflict with this date due to a school that is very important,” Assistant District Attorney General Janet Hardin said. “The state asked for a continuance after speaking with Mr. Bowman, and he had no opposition, primarily because Agent Lott had an important opportunity to do something that was positive for his career that he wouldn’t have the opportunity to do otherwise. It was an extraordinary situation.”

Hardin said she had spoken with all of the parties involved in the case for the state, including the alleged victim, and no one had any objections to resetting the case to fit Lott’s schedule. Hardin told the court Lott would not be available for the case until after the first of the year.

Street offered both the state and the defense their choice of dates in either January or February 2019 and both sides agreed to a February trial date. Street set Brown to stand trial on Feb. 5 with the trial anticipated to last two days.

The charges against Brown stem from an investigation by the Tennessee Bureau of Investigation and the Carter County Sheriff’s Office into allegations that Brown unlawfully detained a man and held him at gunpoint during a traffic stop on Dec. 2, 2016. A Carter County Grand Jury indicted Brown on charges of aggravated assault and official oppression in March of 2017.

In addition to the criminal charges against Brown, the constable is also facing a pair of civil lawsuits brought by the alleged victim in the criminal case, Cecil Perry III — one in the Circuit Court for Carter County and one in the U.S. District Court in Greeneville. There are currently no hearing dates set for the lawsuit in Carter County Circuit Court. A scheduling conference for the federal lawsuit has been set for August 28 in Knoxville.