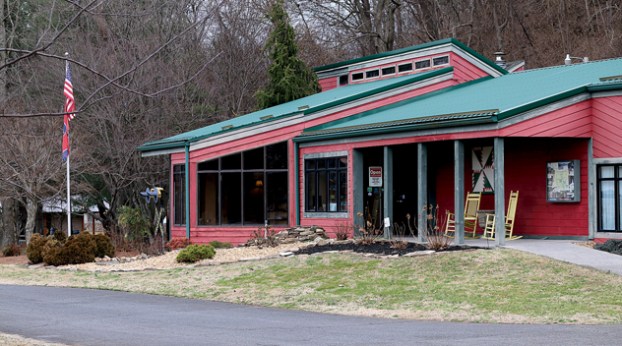 Star Photo/Delaney Scalf 2019 Covered Bridge Festival will look a bit different according to organizers of this year’s event.

The Covered Bridge Festival in Elizabethton, version 2019, will look a bit different according to organizers of this year’s event.

The festival, which has been a three-day event for several years, will condense into two days, says Tonya Stevens, Executive Director of Elizabethton/Carter County Chamber of Commerce.

Set for June 14 and 15, Stevens says the decision to reduce the length of the festival came as a result of feedback from vendors, competition from surrounding festivals, as well as the unavailability of one of the festival’s long-standing entertainment acts.

“What we’ve been doing the last three years is that vendors would come in to set up on Wednesday, ready to try to sell on Thursday,” Stevens said. “But all we had was music on Thursday evening. Our community is a working community, so there was nothing else to attract people until the music in the park in the evening.”

This year, there will be no music on Thursday, and Stevens’ disappointment is evident.

“Carson Peters, who we typically have had on Thursday, is booked for Upstate New York that day,” she said. “We have always held that date open for him, and it’s upsetting that we won’t get him for this year.”

Peters’ scheduling conflict could be the result of the festival’s date change. It will be later in June this year, Stevens says, “because of the way the month falls.”

“The Blue Plum Festival (Johnson City) is just before us and the Rhododendron Festival is right after,” she said. “We don’t want to compete.

Blue Plum is traditionally the first full Friday and Saturday in June, but with June 1 falling on a Saturday, the Blue Plum will also be later than usual.

That absence of entertainment, as well as lack of foot traffic on Thursday, led to the decision to shorten the festival, Stevens said.

“Our vendors told us it was a waste of time to come before Friday, when they had to pay for an additional night’s stay, and take off work,” she said. “They said they weren’t making money and we were seeing a decline in vendors. In addition to those vendors who traveled here, a lot of our local people were also concerned. They would tell us, ‘I could be doing something more productive, rather than sitting here.’ This is an option to help them.”

Crafters/vendors will now set up on Thursday, and be open for business from 10 a.m. to 10 p.m. on Friday and Saturday. And, Stevens added, if a vendor is open and ready to greet guests earlier than that, they are welcome to go ahead. Vendors include food, corporate sponsors’ informational booths and crafts.

As vendor applications start to roll in, Stevens expects the bulk of them in March and April. She is hopeful the Chamber’s advertising in newsletters that go to traveling vendors will help bring in vendors from other areas. She is also hoping the festival’s 2017 Pinnacle Merit Award from the Northeast Tourism Association, its recognition as one of the Southeast’s Top Twenty events by the Southeast Tourism Society in 2018, and its 2018 Readers’ Choice Award from the Johnson city Press will be added enticements.

“We see people coming in Florida, Indiana, Illinois, Pennsylvania, North and South Carolina, Georgia, and even one has reached out from Montana. Last year, all of our spots were full, and we had close to 100 vendors,” she added. Those included about 49 food and business vendors, with 51 slots filled by arts and crafts dealers.

While she is hoping to grow the festival’s future offerings, space is currently limited, with booths and activities restricted to areas from the monument on Elk Avenue, along Riverside, Edwards Island and the Covered Bridge Park.

In years past, Stevens said, the festival extended down Elk Avenue, but some local businesses expressed concerns that the festival negatively impacted them because of parking issues and obstruction of their storefronts.

“We certainly don’t want to create a rift with our business owners,” Stevens said. “But recently, we are hearing that some businesses may want to reconsider having us back along Elk Avenue so we will look at that for future festivals.

“What we hear from a few is that it’s really good for some businesses,” she added. “People are filtering into the downtown. It’s a great opportunity for restaurants who offer options to food trucks. It brings new people to the area. They remember having a great meal here, great coffee there and that will make them want to come back again and spend more time with us.”

The Chamber will announce all details of the festival, including the entertainment lineup, at a February 21 press conference.

Members of the county school board got together Thursday evening to discuss a variety of topics precluding their upcoming budget... read more