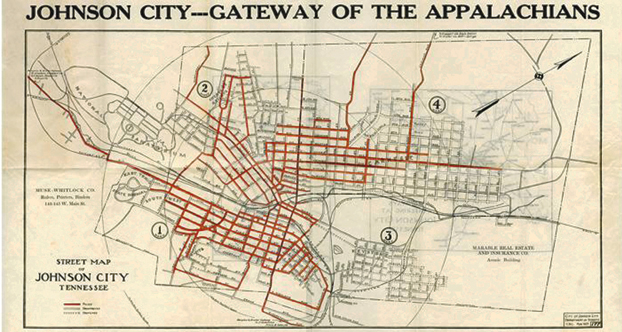 Contributed Photo The Archives of Appalachia hold many historical documents, including manuscripts and land agreements, showcasing the rich history of the Appalachia region.

Community History Day is next weekend, but the Elizabethton/Carter County Library wants people to know more about the Appalachia region and its significance to the community well beforehand. Therefore, they are bringing more experts to the scene.

Associate Professor of History Daryl Carter has been teaching at East Tennessee State University for roughly 11 years, and he will bring his expertise to the library Friday, April 5.

Carter said there is often the misconception of a general lack of African American involvement in the region, including a preservation of stereotypes about the region by outsiders to the region.

“The history here is rich, and it is fascinating,” he said.

He said the region has roots in many different areas, including economic.

“A lot of the railroads had ties here,” Carter said. “You have the Eastman Chemical Company and the Tennessee Valley Authority.”

“It is how we relate to one another and the rest of the world,” Carter said.

During his presentation, Carter said he will be discussing the importance of record-keeping and historical preservation, much like the efforts the library and East Tennessee PBS will be undertaking.

“It is a part of our history,” he said. “It tells us who makes up our community. The public has a general interest.”

Carter described this interest as more than a casual hobby. Rather, he said it was a craving.

“It is deeply personal,” Carter said. “There is a deep need for it. People do not know as much as they should, and what they do know is not always factual.”

He said this is part of why preserving the information they have is crucial, and on top of the Elizabethton Library’s and City government’s efforts to keep archives, ETSU has its own historical archive: the Archives of Appalachia, which contains a plethora of historical information, including manuscripts, documents, music and much more.

Those interested in hearing Carter speak can do so at 5 p.m. Friday, April 5, at the library, located at 201 N. Sycamore St. No prior registration or fee is necessary to attend.

The Like a Girl club at T.A. Dugger Jr. High School (TAD) is closing out its first year since its... read more