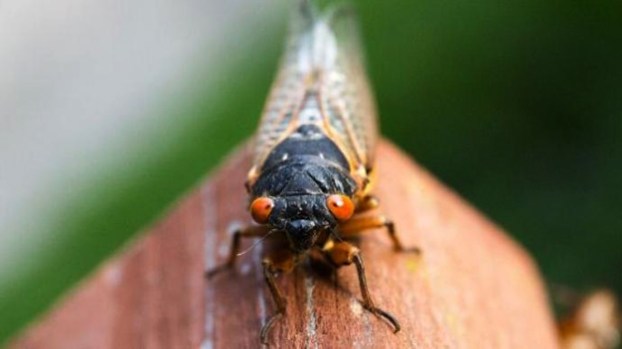 Get ready to hear that eerie noise that can only come from a cicada.
Experts say a massive amount of the noisy bugs are making their way to the skies after 17-years underground.
They believe as many as one and a half million cicadas may emerge in parts of Virginia, West Virginia, North Carolina, and Tennessee.
The insects do not pose a threat to people. They don’t bite or sting, but they could damage trees.
Even if they aren’t in large swarms, you’ll still hear the cicadas. Their chirping is common in wooded areas, where their song sweeps through the trees like a wave of sound. It’s a telltale sign of summer.
Cicadas are often called locusts, but that term refers to a certain species of grasshopper, Tuggle said.
The periodical cicadas live in the soil and feed on tree roots, leaving their brown husks behind as they construct mud tubes to crawl out of the soil. Their timing depends on the species, the department said.
You Might Like

A familiar face is moving up in the ranks to lead University of Tennessee 4-H Youth Development across the state.... read more