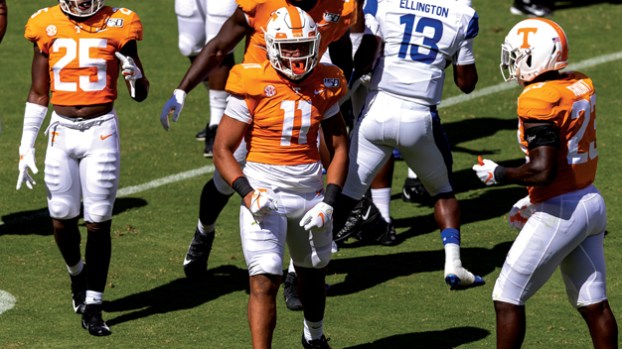 CHICAGO – Tennessee sophomore linebacker Henry To’o To’o was named to the Butkus Award Watch List, as announced by the Butkus Foundation on Monday.

The watch list contains 51 linebackers, mirroring the legendary “51” pro jersey associated with the Award’s namesake Dick Butkus, who was recognized by NFL Films as the best defensive player in football history.The list includes candidates from 44 universities, including 15 players from the Southeastern Conference.To’o To’o, a native of Sacramento, California, is coming off an impressive freshman season where he recorded 72 tackles after playing in all 13 games while making 12 starts.