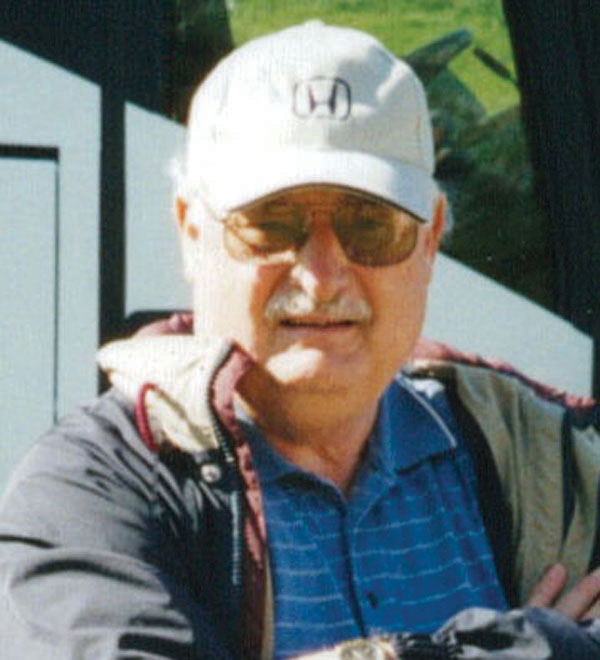 Lanny Dale Smith, born May 9, 1943 in Indianapolis, Ind., the son of Meril D. and Mabel E. Smith. Lanny spent his early life in Indianapolis until the family moved to a dairy farm in Deputy, Ind. After graduating from Scottsburg High School, Lanny spent a summer as one of the clubhouse boys for the Indianapolis Indians, a farm team for the Cincinnati Reds baseball team, creating a lifetime fan of the Reds. He enlisted in the United States Army, serving as a proud member of the 2nd Armored Division primarily at Fort Hood in Killeen, Texas. While in the Army he met and married his first wife, Sandra Adamson Smith. They have one daughter, Michelle. He began his college education at Temple Junior College, ultimately completing his bachelor’s degree at Baylor University in Waco, Texas. He remained a proud Baylor Bear alumnus the rest of his life. He began a lifelong love of teaching in the Killeen school system but gave up teaching when he was recruited into the Federal Bureau of Investigation. He proudly served as a Special Agent in the FBI for 24 years, in Kansas City, Knoxville and Johnson City. He had the first wiretap cases in Tennessee and was respected by all the law enforcement officers with whom he worked. He loved being a police instructor for local law enforcement agencies, so much so that he completed a Master’s Degree at East Tennessee State University, which also furthered his plans to teach after retirement. While working in the Johnson City Resident Agency of the FBI, he met and later married Teresa Murray. After retirement from the Bureau, he returned to his love of teaching as an adjunct faculty member of Northeast State Community College. He later served as the College’s first Director of Safety and Security while continuing to teach at the same time. He became a full-time faculty member, sharing his love of history with his students and helping to start the College’s Criminal Justice curriculum.
In addition to teaching, he took up golfing after his retirement from the FBI. He spent many happy hours on the golf course, especially with his father-in-law, Harry (Sonny) Murray, and perfected his golf game to a single digit handicap. Prior to golf, he played competitive softball with Knoxville and Johnson City church leagues, being renowned as a wicked slow pitch pitcher in those leagues.
Lanny was baptized at Alpha Baptist Church in Deputy, Ind., and remained rooted in his Baptist faith for the rest of his life. He recently joined Teresa at St. Peter the Apostle Anglican Church in Kingsport, Tenn., a church of traditional faith. After Teresa retired they returned to live in her family home in Elizabethton several years ago. He learned and proudly shared the Murray Family history and history of the house and attached farm. He was instrumental in remodeling the house and in building a beautiful new barn. Lanny and Allen Norwood spent many happy hours planning and building the beautiful new barn, incorporating material from the original barn which was built by Sonny, Jack Musick and Oscar Dykes. He joyously gave Teresa a horse on their wedding anniversary upon returning to their farm. His last days were spent enjoying the farm and the beauty of God’s handiwork in nature, which he often spoke of.
He is survived by his wife, Teresa Murray Smith, his daughter, Michelle Smith Phillips, her husband, Michael Phillips, grandsons, Matthew McKinley Phillips and Malachi Emery Phillips, and great-granddaughter, Hallie Ellen Phillips. Also surviving him is a brother, Joe D. Smith and wife Denise, and two sisters, Jane Smith Bevers and husband Kim and Debra Smith Hurt, and numerous nieces and their children. He was blessed to have more friends than he could count or name as he was a friend to many.
Services will be held at 7 p.m. Tuesday, August 4, at Tetrick Funeral Home, 211 North Riverside Drive, Elizabethton, Tenn. 37643, with the Rev. Scott Koszalinski, officiant. Music will be under the direction of Charles Dugger and Michael Phillips. Active pallbearers will be Michael Phillips, Matthew Phillips, Malachi Phillips, Randall Lewis, Bobby Carroll, Carr Hyatt, Allen Norwood, John Edens, Paul Gray, Steve Buttolph and Larry Merritt. Honorary pallbearers will be agents and staff of the Johnson City FBI office and his friends from Northeast State Community College. They will receive friends from 5 to 7 p.m. prior to the service on Tuesday. Interment, with military honors, will be at Happy Valley Memorial Park, 2708 Elizabethton Highway, Elizabethton, Tenn., at 1 p.m. Wednesday, August 5. Those wishing to join in the procession to the graveside should meet at Tetrick Funeral Home, 211 N. Riverside Drive, Elizabethton, no later than 12:15 p.m. In lieu of flowers, the family ask that contributions be made to St. Peter the Apostle Anglican Church, 3321 Thornton Drive, Kingsport, Tenn., or to Northeast State Community College for a scholarship fund to be established in his memory, or the charity of your choice. Lanny was always willing to help a stranger, saying “Be not forgetful to entertain strangers: for thereby some have entertained angels unawares.” Hebrews 3:2. Do so in his memory. Due to the COVID-19 pandemic, Carter County is mandating that all citizens who live in or visit Carter County wear masks in public. In keeping in accordance with this mandate, all visitors to the visitation / funeral service are required to wear a mask / and or facial covering. Also, social distancing recommendations will be observed. The service will be live streamed on Tetrick Funeral Home Facebook page. To access, please log on to Tetrick Funeral Home of Elizabethton’s Facebook page, like the page and scroll down to videos. The current service will be the first video, just click on the video and watch the livestream. Online condolences may be shared with the family on our website, www.tetrickfuneralhome.com
Lanny and his family are in the care of Tetrick Funeral Home, Elizabethton. Office: (423) 542-2232. Service Information Line: (423) 543-4917.
You Might Like