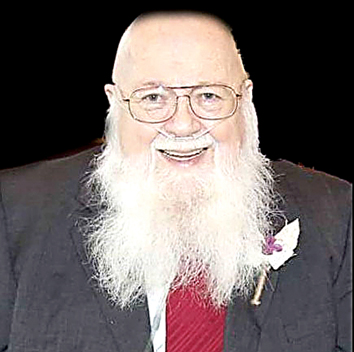 CHURCH HILL — Gary H. Birchfield, 75, husband of the late Phyllis A. Birchfield of Church Hill, passed away at his residence on August 7, 2020.
He was born on December 15, 1944 to the late John Birchfield and Virginia Heaton. He graduated from Cloudland High School in 1962. He earned an Associate in Arts in from Hiwassee College, a Bachelor of Science from Tennessee Wesleyan College, and graduated from Union College in 1980, where he received a Master’s Degree in Education.
“Mr. B,” as he was known by his students, imparted his knowledge and love learning at Church Hill High School from 1970-1980, and at Volunteer High School from 1980-2010. He loved teaching and mentoring the young adults who came through his Biology classroom. From building a wildflower notebook to visiting a local creek to study its ecosystem, Mr. B knew how to make learning both fun and exciting.
He was always willing to help students, and his influence extended far beyond the classroom. Many of his students sought him out for advice on everything from college and career counseling to everyday life. They came to him both at school and in his home, where his door was always open. He genuinely cared about each of his students, regardless of their station in life, and they wanted to make him proud… and he certainly was. Mr. B retired from the Hawkins County School System after 40 years of teaching.
Gary and Phyllis were married prior to him entering the service. He answered the call to serve his country and joined the United States Army, serving in the Vietnam War from 1966-1969. Gary was a Medic with the 5th Battalion, 60th Infantry Regiment, Bravo Company, and received a Purple Heart as a result of being wounded from an explosive device. Upon discharge from the Army, he and Phyllis had three children: Chris, Travis, and Raychel. He was a loving husband, father, and grandfather. He enjoyed planting and gardening, reading, working puzzles, dressing as Santa Claus for parades, and since retirement had learned to play the dulcimer. He was a giving person, always ready to help and support others. He was a good storyteller and never met a stranger.
He was preceded in death by his sister, Nella Ann Whisenhunt; his wife of 49 years, Phyllis; and his son, Chris.
Those left to mourn his homegoing include his son, Travis Birchfield (wife Tracy); daughter, Raychel Keeling (husband Jonny); daughter-in-law, Kathy Birchfield (Chris, deceased); grandchildren, Kailye and Kara Birchfield (daughters of Travis), Lilly Keeling (daughter of Raychel and Jonny), and Philip Birchfield (son of Chris and Kathy); and sister, Johne Mae Hicks. Also surviving are special friends, Janet Keener, Edna Brown, Jan Fenelon, Jonah and Ruth Eng, and Dickie Hutson.
The family will receive friends on Saturday, August 15, from 3 to 7 p.m. at Oak Grove Baptist Church in Mount Carmel. The funeral service will follow at 7 p.m. with Pastor James Adams and Pastor David Poore officiating. A graveside service will be held at Church Hill Memory Gardens on Sunday, August 16, at 2 p.m. Those wishing to attend the funeral service are asked to meet at the funeral home by 1:15 p.m. to go in procession. Pallbearers will be Daniel Dykes, Scott Gonce, Daniel Lafollette, Michael Luckett, Brandon Redwine, Shannon Simpson, Andy Watterson, and Donnie Wolfe. Honorary pallbearers will be June Bellamy, Edna Brown, Amilio Carter, Janet Keener and Rick Kennedy. To leave an online message for the Birchfield family, please visit us at www.johnsonarrowood.com
Johnson-Arrowood Funeral Home of Church Hill is honored to serve the Birchfield family.
You Might Like

Billy Joe Allen Cates, 84, a resident of Carter County, all his life, passed from this life peacefully, with his... read more