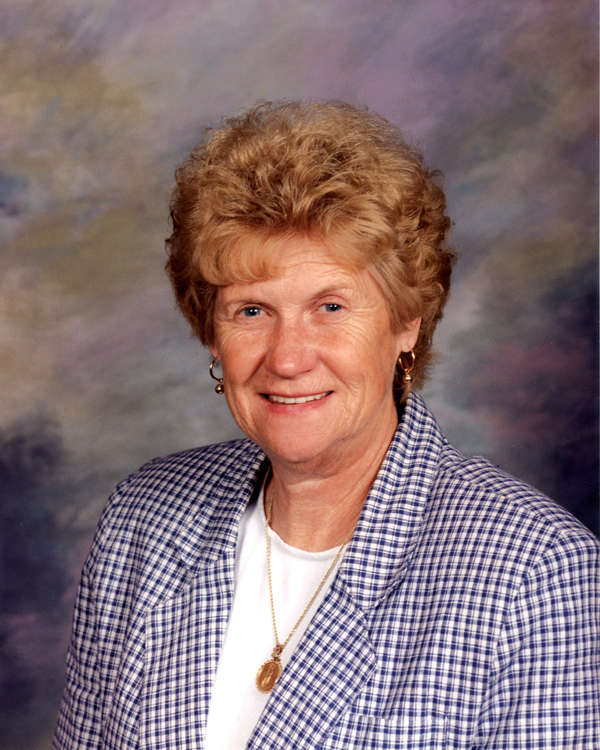 On August 17, 2020, Betty Jean (Perkins) Curde, 87, of Watauga, Tenn., passed from this life and into the arms of Jesus, where she will live forever with her Heavenly Father. Betty had been placed at Ivy Hall, Elizabethton, Tenn., and was confined there for several months following an extended illness.
Betty had been an active member of Brick Christian Church of Watauga for many years and sang in the church choir. Betty was married to Eldred H. “Ed” Curde for 44 years before his passing in 1993.
Betty is survived by her son, Russell Curde of Watauga, Tenn., (wife, Stephanie) Curde. Surviving grandchildren are Jennifer Curde, Sam (wife, Raqual) Curde, Andy (wife, Heather) Curde, Rachael Curde and Reaghan Curde. Betty is also survived by her daughter, Peggy (Curde) Willocks of Johnson City, Tenn., (husband, Darrell), and their three children, Renee (Willocks) Dixon (husband, John), Billy Willocks of Johnson City and Amy Willocks of Blountville, Tenn. Betty has three great-grandchildren, Hollyn Dixon, Amia Dixon and William Darrell Willocks III.
Those family members on Ed’s side, preceding Betty’s passing, include Ed’s  parents, Sam Curde and Blanche (Feathers) Curde. Betty was also preceded in death by Ed’s three brothers, the former Tom Curde, Ronnie Curde and Bruce Curde. Betty has four surviving sisters-in-law, Dorothy (Curde) Grim McLane of Elizabethton, Sonja (Curde) Trent Smalling of Watauga, Shirley Curde of Elizabethton, Dean Curde (deceased) of Elizabethton, and Crystal (Curde) Greer of Johnson City. Betty has a host of nieces and nephews. Surviving are Randy, Cindy, Leslie, Debbie and Kevin. Those deceased are Karen Grim Stokes and Tommie Curde.
Betty was born in Lancaster, Ky., on August 7, 1934. She was the oldest of six, born to the former Terry G. and Dorothy (Long) Perkins, and was preceded in death by a brother, Ralph Perkins of Harrodsburg, Ky. Betty is survived by two brothers, Bobby Perkins (wife, Sheryl) of Lexington, Ky., and Donny Wayne Perkins of Georgetown, Ky. Surviving sisters include Shirley (Perkins) Adkins of Georgetown, Ky., and Brenda (Perkins) Web (husband, Cleve) from Georgetown, Ky. Betty leaves several close nieces and nephews, Becky (Adkins) Massey, Debbie Anderson, Lorie (Web) Wagner, Terry Webb and  Doug Anderson, all of Georgetown,  Ky.
Betty attended high school in Kentucky. She worked in a grocery store as a cashier and as a production seamstress, sewing at a jean factory. She was an Orthopedic Nurse at JCMC. She was employed by Johnson City Medical Center until her retirement in 1994. Betty was very active and loved her church family at Brick Christian Church in Watauga, where her children grew up. She sang in Brick’s choir until her health would no longer allow her to do so. Betty taught Sunday School, Vacation Bible School (VBS) and helped with the Youth Ministry at Brick when her grandchildren were younger. She hand made many crafts for the church, and they can be seen on display throughout the church today, i.e., crocheted items, wreaths, etc. Before getting sick, she was always physically active, mowing her yard, raising and canning from her garden, painting inside and outside of her house, etc. She was an active member of the Adult Sunday School Class and the Kum-Join Us Circle. Mamaw Betty as her family knew her will be missed dearly. Her memory and legacy will continue through her children, family, and so many friends. Scripture ran the race. “Well done my good and faithful servant.”
Funeral services will be conducted at 11 a.m. Thursday, August 20, at Memorial Funeral Chapel with Mr. Jeff Campbell and Mr. Ernie Depew, ministers, officiating. Interment will follow at Monte Vista Memorial Park. Music will be provided by Jamie Curde Wilson and Marion Mottern. Active pallbearers will be selected from family and friends. The family will receive friends from 10 a.m. until the service  hour. Due to the COVID-19 pandemic, everyone is required to wear a mask and practice social distancing. Condolences may be sent to the family at our website, www.memorialfcelizabethton.com.
Memorial Funeral Chapel is serving the Curde family.
You Might Like