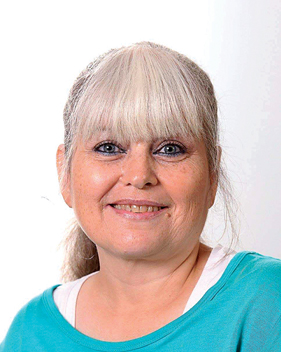 Lisa Kay Markland Wilson, 55, of Elizabethton, went home to be with our Lord on Tuesday, September 8, 2020, following a long battle with cancer. A native of Carter County, she was born on June 6, 1965. She was the daughter of the late Gurnie and Ivalee Markland, her maternal mother, Fay Campbell, and stepfather, Bill Campbell. Lisa was a homemaker and loved to do crafts and make boggins for her family, friends and the cancer center. Her home church was Lynn Valley Baptist Church.
In addition to her parents, Lisa was preceded in death by five brothers, Billy Markland, Eddie Markland, Hermon Markland, William Markland and Ross Markland, and two sisters, Brenda Mayse and Patty Campbell.
Those left to cherish her memories are her husband of 36 years, Jacky Wilson, of the home; a daughter, Tina Wilson (fiancé Chris Isaacs) of Hampton; two sons, Eric Wilson (Glimmer) of Elizabethton and Scottie Wilson, of the home; one grandson who was the light of her world, Conner Wilson of Hampton; six sisters Mary (Sonny) Parlier of Elizabethton, Shatona (Terry) Mann of Hampton, Kelly Reece of Elizabethton, Margaret (Roger) Whitehead of Elizabethton, Ida Jean Lyons of Roan Mountain and Debra Bennett of Roan Mountain; and five brothers, Nick Campbell of Roan Mountain, Michael Campbell of Elizabethton, Terry Campbell of Elizabethton, Robert (Helen) Markland of Roan Mountain and James Markland of Elizabethton.
A service to honor the life of Lisa Kay Markland Wilson will be conducted at 5 p.m. Sunday, September 13, in the Sunset Chapel of Hathaway-Percy Funeral and Cremation Services with Rev. Joe Ledford officiating. The family will receive friends from 3 to 5 p.m. Sunday, prior to the funeral service, or at the residence at other times. The graveside service and interment will be conducted at 11 a.m. Monday, September 14, at the Moreland Cemetery in Roan Mountain. Active pallbearers will be members of the Hampton/Valley Forge Fire Department. Everyone will meet at the funeral home at 9:45 a.m. Monday to go in procession to the cemetery. The family would like to extend a thank you to the Johnson City Cancer Center, American Cancer Society, her doctors, two special nurses, Amy and Jennifer, hospice care, her special sister, Mary Parlier for helping take care of her, her sister-in-law, Elsie Evans, and a special friend of the family, Austin Clawson. Online condolences may be sent to the family and viewed by visiting our website at www.hathawaypercy.com.
Hathaway-Percy Funeral and Cremation Services is honored to serve the Wilson family. Office: (423) 543-5544.
You Might Like