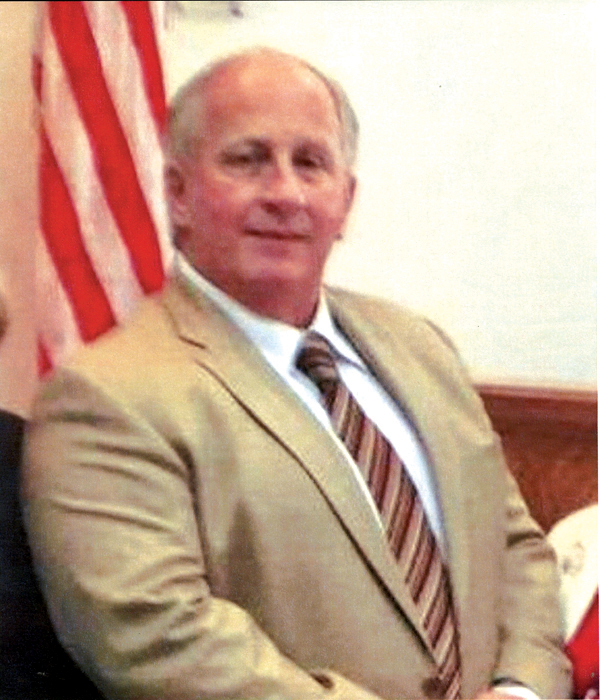 Russell Dale “Rusty” Barnett, 65, Elizabethton, passed away Monday, September 21, 2020, at Johnson City Medical Center.
A native of Carter County, he was a son of the late John and Imogene Campbell Barnett.
Rusty was a 1973 graduate of Hampton High School and attended Northeast State. He worked two years for the Carter County Sheriff’s Department and 38 years at the Elizabethton Fire Department. He served as Assistant Chief at the Fire Department until he retired in 2018. He retired from the Fire Department and went in as Mayor of Carter County the same day. He served on the following Boards and organizations: Board of Directors of Northeast State, Board of Directors of T Dek, Chairman of the School Board, was a Substitute Teacher, Chairman of the Headstart Program, the Backpack Program, the Lunch Program and 2nd Harvest Food Bank. He coached basketball, football and baseball and also coached his son, daughter and grandson Gage.
Everyone knew Captain Rusty. He loved doing his fire prevention classes and the kids coming down to the Fire Department to spray the hose and see the fire truck lights and watch him climb the 75-foot ladder. Rusty was a member of Southside Christian Church. He loved his family and the people of Carter County.
In addition to his parents, he was preceded in death by two brothers, Johnny and Lamont Barnett.
Survivors include his wife, Kim Barnett; a daughter, Marsha Barnett; a son and daughter-in-law, Brandon and Ashley Barnett; his grandchildren, Gage Barnett, John Thomas Barnett, Natalie, Rider and Brooke Witten, C.J, Cooper, Landry and Hadley Witten; three step-sons and their spouses, Shawn and Katie Witten, Ryan and Kelly Witten and Jason and Michelle Witten; one sister and brother-in-law, Anna and Dwayne Calhoun; his sisters-in-law, Rene Barnett and Brenda Barnett; and several nieces, nephews, aunts, uncles and cousins.
Funeral services will be conducted at 8:30 p.m. Wednesday, September 23, at Memorial Funeral Chapel with Dwayne Calhoun and Mike Koruschak, ministers, officiating. Music will be provided by Keith Whitehead. The graveside service and interment will be at noon Thursday, September 24, in the Captain Nelson Cemetery, Roan Mountain. Active pallbearers, who are requested to assemble at the funeral home at 11 a.m. Thursday, will be Brandon Barnett, Gage Barnett, Shawn Witten, Ryan Witten, Richie Pierce, Mason Pierce, Craig Malone, Terry Arnold, Gary Smith and Barry Carrier. Honorary pallbearers will be the Carter County Commissioners, all the employees of the Carter County Courthouse, Jarfly Dugger, CY Peters, John Walton, Sheriff Dexter Lunceford and members of the Carter County Sheriff’s Department, Chief of Police Jason Shaw and members of the Elizabethton Police Department, his church family and members of the 1973 Graduating Class of Hampton High School. The Honor Guard will be provided by the Elizabethton Fire Department. So many people helped us campaign through the years, we love and appreciate you. The family will receive friends from 6 to 8:30 p.m. Wednesday at the funeral home. Family and friends will assemble at the funeral home at 11 a.m. Thursday to go in procession to the cemetery. In lieu of flowers, memorials may be made in memory of Rusty to the Elizabethton-Carter County Animal Shelter, 253 Sycamore Shoals Drive, Elizabethton, TN 37643. Due to the COVID-19 pandemic, everyone is required to wear a mask and practice social distancing. Condolences may be sent to the family at our website, www.memorialfcelizabethton.com.
Memorial Funeral Chapel is serving the Barnett family.
You Might Like

Frank T. Hill, 84, Elizabethton, passed away Monday, September 21, 2020, at his residence surrounded by his loving family. He... read more