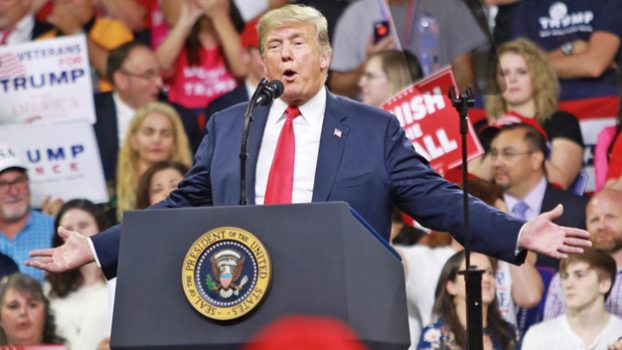 NASHVILLE (AP) — President Donald Trump has won Tennessee against Democrat Joe Biden, claiming the state’s 11 electoral votes.
Trump’s win continued a string of GOP victories in the Volunteer State. Republicans currently hold every statewide office and control supermajorities in both chambers of the General Assembly.
The last time the state swung for a Democratic nominee was in 1996 when Bill Clinton was on the ballot with Tennessean Al Gore. Four years ago, Trump won Tennessee by 26 percentage points.

Kingsport – Congresswoman-elect Diana Harshbarger made the following statement after her victory tonight by a margin of 76% to 22%.... read more