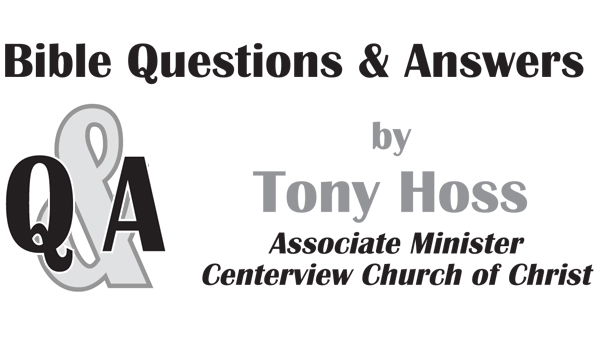 Take heart in times of moral and political upheaval

While standing in the midst of the council of the Areopagus, the apostle Paul describes a God who had made the world and all things therein. (Acts 17:22-24). What the idol worshippers of Athens did not know was that the God of all creation “does not dwell in temples…nor is He served by human hands”; they did not know that He is the God who “gives to all people life and breath and all things” (Vs. 24-25). Paul would go on to instruct them of Jehovah the God of all. Paul stated that this is the God who has “made from one man every nation of mankind to live on all the face of the earth, having determined their appointed times and the boundaries of their habitation” (Vs. 26). In verse 27, Paul told them that they should seek with all their might this God of Heaven; reminding them that He was never far from man. In verses 28-29, Paul taught them that unlike their gods, those formed by the art and thought of man, Jehovah was the one God in whom “we live and move and exist…”
According to Paul, Jehovah God was the only one that man needed and that acceptance of Him was absolutely important. Those listening to Paul needed to repent and turn to God. Paul’s hope was that knowledge of Jehovah would lead them as it has so many throughout history towards God. Mankind’s repentance was of such importance because God is the one that all men will be held personally accountable to on the Day of Judgment (Vs. 30-31).
As the people of Athens had a responsibility to acknowledge and honor God as the creator so do men today. We also should acknowledge His involvement in the lives of men from the dawn of creation. Concerning all the nations that exist on this world, Paul reminds the Athenians as well as men today that He and He alone determines “their appointed times and boundaries of their habitation” (Acts 17:26). As the Athenians, men today should understand that God’s interaction with mankind is so that we might “seek God…and find Him” (Vs. 27). Daniel agrees with Paul’s conclusion when he says, “And he changeth the times and the seasons: he removeth kings, and setteth up kings: he giveth wisdom unto the wise, and knowledge to them that know understanding: (Daniel 2:21 KJV).
The idea is that while God is in control, He operates and responds to our living before Him. In the days of Daniel as it is today, we can be assured that God will always act in harmony delivering His love and His justice as man needs it. It is for this reason that we can pray for those in civil authority. Not that we should pray in support of their sinfulness and lack of Godliness but that God will be with them and us as a people. There is no doubt that God is ultimately in control of all things pertaining to this world.
We should always be reminded that righteousness exalts a nation as their sin is a reproach unto God (Proverbs 14:34). Therefore Paul reminds us that God desires, “…all men to be saved, and to come unto the knowledge of the truth” (1 Timothy 2:4 KJV). While things may at times seem to be chaotic in our nation and in our lives, there are blessings to be received from God who is the creator of all things. If we rebel against Him, God will discipline but if we yield to Him, God will see us in our humility and reward our obedience.
In this time of social and political immorality we should focus on the Creator who is not far from any one of us. We should focus on His will for us as revealed in His inspired word, and finally we should focus on our need to be right in His sight through the blood of His blessed Son, Jesus.
(Tony Hoss is minister at Centerview Church of Christ, Elizabethton)