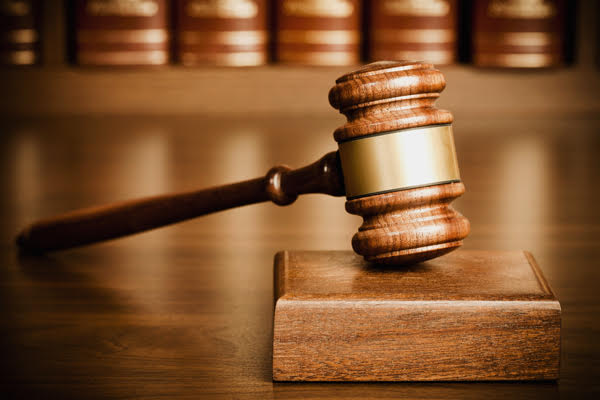 By JONATHAN MATTISE
Associated Press
NASHVILLE (AP) — Federal prosecutors are seeking to restore the tossed convictions for the former president of Pilot Flying J and two of his former employees related to a rebate scheme to cheat trucking companies out of millions of dollars.
The petition filed this week asks a 6th U.S. Circuit Court of Appeals panel to reconsider its ruling that jurors should not have heard recordings of racist language by the former president, Mark Hazelwood.
The panel’s split decision in October vacated convictions for Hazelwood, who received the harshest prison sentence at 12-½ years, and two others. The panel ordered the case to be sent back to a lower court for a new trial, ruling further that it would not be necessary to assign the case to a different judge.
At trial, the jury heard secret recordings of Hazelwood using racial slurs and profanely criticizing his board of directors and his boss’s football team and fans. Hazelwood later apologized for his language.
The majority wrote that the racist recordings were wrongly admitted on the “theory that if the defendant was reckless enough to use language that could risk public outrage against the company, he was a ‘bad businessman,’ and as a bad businessman, he was also reckless enough to commit fraud.”
In their petition for reconsideration, prosecutors wrote that they offered the recordings to “rebut Hazelwood’s assertion that he was too good an executive and businessman to do anything that could jeopardize the company’s viability and success” because the racist remarks “would have damaged Pilot’s success and reputation” if they became publicly known.
“By stating that Hazelwood’s racist and sexist remarks merely revealed his ‘seriously misguided personal beliefs,’ the majority implied that racism can be compatible with good business practices,” prosecutors wrote.
Hazelwood was convicted in 2018 of conspiracy, wire fraud and witness tampering. Former company Vice President Scott “Scooter” Wombold was convicted of wire fraud and sentenced to six years in prison, and former account representative Heather Jones was convicted of conspiracy to commit wire and mail fraud and sentenced to more than 2-½ years.
Fourteen former Pilot Flying J employees pleaded guilty earlier.
Pilot Flying J is controlled by the family of Cleveland Browns owner Jimmy Haslam and former Tennessee Gov. Bill Haslam. The Haslams have not been charged with any wrongdoing. The former governor has not been involved with the company in recent years.
The company earlier agreed to pay an $85 million settlement to defrauded customers and a $92 million penalty to the government.

A ‘not so special’ home delivery

A UPS truck made an unexpected stop at a mobile home located at the corner of Earl Williams Road and... read more