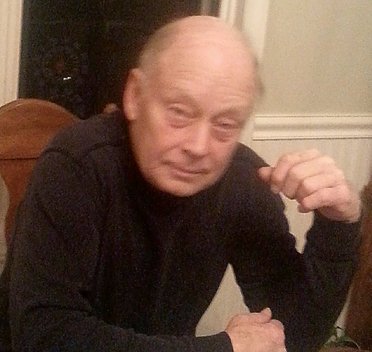 Robert Wayne Clark, 80, of Mountain City, Tenn., passed away peacefully at Watauga Memorial Hospital after a lengthy brave, battle with cancer on Saturday, December 12, 2020.
He was born December 23, 1939 in Dundalk, Md., to Ralph and Dorothy Clark. After growing up in Cambridge, Md., he moved to Florida after completing high school. He did make trips back to Maryland to see the love of his life, Dotty Newcomb, until finally proposing to her in June 1959. They were married in December of that same year and he brought his bride to Gainesville, Fla. While in Gainesville, he was a member of the National Guard.
The couple then moved to St. Pete, Fla., where he completed school at St. Pete Jr. College. He was recruited on campus to work for Southern Bell who moved the couple to Hollywood, Fla. Bob worked as an engineer with the phone company 27 years before retiring at age 53. During this time, they had two daughters, Deborah (Debbie) Carrier and Margaret (Peggy) Moore. The family moved to Ft. Pierce, Fla., where Bob built a house. Their children grew and moved out, so the couple retired to Mountain City. He built another house and remained there until his death. Bob was a very intelligent man and member of Mensa. He could fix anything, build anything, yet was very down to earth.
Anyone that met him, loved him.
Those left to cherish his memory include his wife of 60 years, Dotty Clark; his daughters, Deborah Carrier and Margaret Moore; son-in-law, Jeff Carrier; granddaughters, Maggie Moore, Kimberly Clark and Chloe Moore; sister, Patricia Slaughter, and brother-in-law, John, of Largo, Fla.; and numerous nieces and nephews.
A memorial service may be held at a later date. Memorial contributions may be made in Bob’s memory to American Cancer Society of Johnson County, C/O Flo Bellamy, 3510 Hwy. 421N, Mountain City, TN 37683. Condolences may be sent to the family through our website at www.mountaincityfh.com.
The family of Robert Wayne Clark has entrusted his services to Mountain City Funeral Home, 224 S. Church Street, Mountain City, TN 37683.