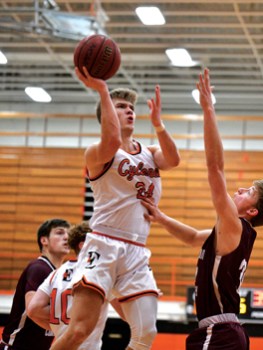 Star Photo/Ivan Sanders William Willocks comes up big as he drives toward the basket for two points. 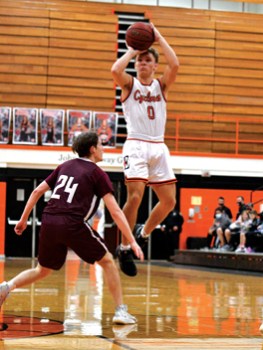 Star Photo/Ivan Sanders Jake Roberts pulls the trigger on a trey opportunity for the Cyclones. 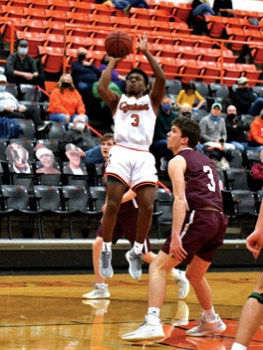 Star Photo/Ivan Sanders Elizabethton's Nate Stephens pulls up for a jumper in the opening period against Johnson County. 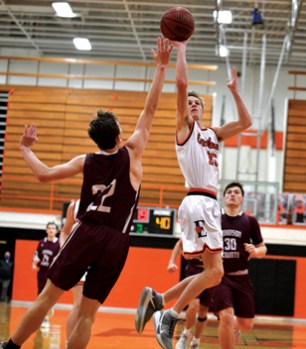 Star Photo/Ivan Sanders The Cyclones Dalton Mitchell glides to the bucket for a deuce. Mitchell had a big game offensively as Elizabethton ran their season mark to 9-2 with the win over Johnson County. 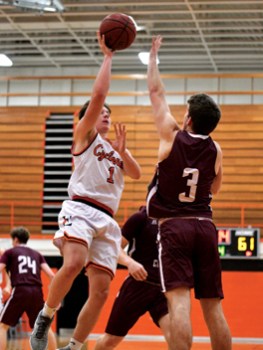 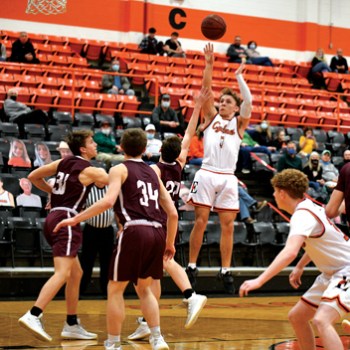 Star Photo/Ivan Sanders Jake 'The Snake' Roberts sends a jumper toward the rim.

BY IVAN SANDERS
STAR SPORTS EDITOR
ivan.sanders@elizabethton.com
The Elizabethton Cyclone basketball team picked right back up where they left off just before Christmas as Coach Lucas Honeycutt’s team fell behind in the opening quarter before exploding down the stretch to take the Three Rivers Conference win over the visiting Johnson County Longhorns.

When the final horn sounded the Cyclones had taken a 72-55 win behind the trio of William Willocks, Dalton Mitchell, and Nicholas Wilson.

Willocks was unstoppable inside and out hitting for a team-high 20 points while Honeycutt got a big offensive night from sophomore guard Dalton Mitchell who tallied 16 points hitting from short and long-range and making the most of his free throw opportunities.

Meanwhile, Wilson continued to show a lot of growth banging hard on the inside of the paint to drop in 14 points.

Elizabethton trailed 17-13 after one period of action as Jackson Earnhardt had the hot hand early collecting 13 of his team’s 17 points in the quarter.

The Cyclones finally gained their offensive footing in the second quarter outscoring the visitors 25-11 to go to the locker room up 38-28 on the strength of eight points from Willocks and seven from Mitchell.

Elizabethton came out of the break still clicking offensively putting 19 more points on the board while holding the ‘Horns to single-digit scoring with seven points to effectively put the game out of reach for the ‘Horns down the stretch.

Earnhardt finished with a game-high 21 points to lead all scorers while Clayton Cross was the only other Longhorn player in double figures with 14.

Honeycutt was pleased with his team’s play, especially Mitchell’s.

“I thought he was all over the place and I thought he made a lot of plays happen getting deflections and things like that when we were pressing,” Honeycutt said of his sophomore.

“I thought he took the ball to the basket which is something that we have been talking about like going and attacking and he is a little hesitant some times like where you saw him stop and pivot around for four or five seconds and kicked it out when he was four foot from the goal.”

Honeycutt also had praise for the play of his bench.

“I thought we had really good minutes from the guys coming off the bench tonight,” commented Honeycutt. “We had some guys that just didn’t play their game starting out and some guys came off the bench and gave us the bump we needed to come back and take that lead and just hold it throughout the whole second half.”

The Cyclones have a couple more opportunities this week when they host Unicoi County Friday night and Dobyns-Bennett on Saturday in boy’s only action.