Paul and the two little pencils 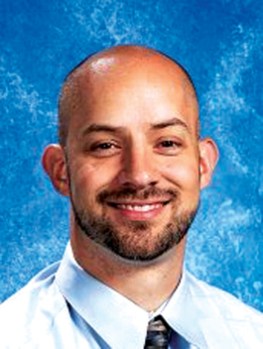 I want to thank everyone for the positive feedback on the first article. So many wanted to share a story about Paul Anderson. I realize he was a larger-than-life character that left an impression on all who ever met him.

I had a co-worker that heard Anderson speak at a youth rally when he was traveling as a minister. My co-worker told me a story Anderson used as an illustration.

I couldn’t find it recorded anywhere, so I wrote it out myself. Of course, I had to use artistic license for some of the details, but my co-worker said it was the story Anderson told him as he remembers it. I hope you enjoy it.

Growing up, Paul Anderson knew he was not as good as some. The truth is, even if no one is brash enough to say it, everyone still knows it.

They can tell by the way they walk, the cars they drive, the clothes they wear, the way people talk to them, where they get seated at the restaurant, or even in the eyes of every person they meet.

Paul always knew growing up that he was not on the top of the social heap. He could tell in all the inconspicuous ways, but he also heard it from others’ mouths.

But it was one particular mouth that really sought out every opportunity to tell Paul just how insignificant he was. This boy was what was known back then as the “cock of the walk”, but all he was, in reality, was the neighborhood bully.

Paul considered him more of his own personal terrorist because he never passed up an opportunity to remind Paul of where his standing was in their little country town.

Paul was poor. Even in a small town where most people didn’t have much, his family was one of the poorest. They lived on a dirt road.

To be honest, there was only one road in town that was paved but be sure the bully lived on it. They did not have a car. Dad rode the bus to work, and mom always walked to the store for groceries.

The boys always walked to school, choking on the dust stirred up by the bully riding in his parents’ car.

It was the first day of 4th grade for Paul. He didn’t finish his chores until late, and he hated the thought of being late on the first day.

He was hurrying to school, and that is when he saw him…the bully. He was leaned up against a tree at the end of the schoolyard lurking beside the path into the door.

For a second, Paul thought about walking around him, but there was only one gate into the yard, and it led right by the bully. He was terrified of the bully, but he did not want to show it.

Paul had plenty of reasons to be afraid. He was born very small, only four pounds, so small the doctors thought he might not make it, but somehow the little fella had a lot of fight in him.

Things got worse when he was five. He was so sickly all the time that his parents took him to the doctor. It took them three months to save up enough money for him to see the doctor.

He was diagnosed with a kidney problem and said he was not to exert himself. No matter how many times he asked his mom if he could play sports with the other kids or go out for the school team, she always said “no”.

Paul had grown up a small, sickly, and weak little boy, and don’t think for one second the bully did not know it.

Paul almost passed the bully when he heard, “Where do you think you are going?” Paul froze and his stomach sank.

The bully walked up and said, “What do we have here? Look at you all gussied up for your first day at school. Are those new pencils I see?”

The bully looked down at the chest pocket on Paul’s overalls. Paul stared down and saw two brand new pencils that had never even been sharpened.

The bully reached for them, but Paul instinctively covered them with his hand.

These pencils were very special to Paul. His parents were poor, and they were the only things they could afford to buy for him for school that year.

His mom worked an extra hour every day at work all summer long, washing clothes for the rich people in town (like the bully’s parents) to save up money for back-to-school needs.

Dad, however, got pneumonia and could not work for a week, and all that money had to be spent on bills. All that was left of all of mom’s extra money was a nickel, just enough to buy a few pencils.

The bully said, “let me have ‘em!” Paul hated what he did next. He actually took his hand down, looked at the ground, and just let the bully rip them from his pocket. What else could he do?

Maybe the bully would at least leave him alone now that he had taken from him all that was worth having, but that’s when he heard it.

As he turned, dejected, to walk on into school, the bully said, “We are not finished?” He grabbed Paul by the shoulders and spun him around and punched him, tiny fellow, right in the mouth.

All Paul could see was the blaring sun as he lay on the ground, looking up with the taste of blood in his mouth.

He saw a shadow over him that blocked out the sun and he squinted up at the bully. He bent down over Paul and dangled those two little pencils over Paul’s face, the little tike was powerless to even object.

The bully stood up and took those two little pencils that Paul’s mother had slaved so hard for and … snapped them, dropping them onto Paul’s chest.

As Paul watched the bully strut away, he wiped the blood from the corner of his mouth and spoke to himself. He told himself no matter what happened, no matter his medical condition, no matter his parents, no matter his poverty, he was never going to be made to feel this way again…by anyone…ever!