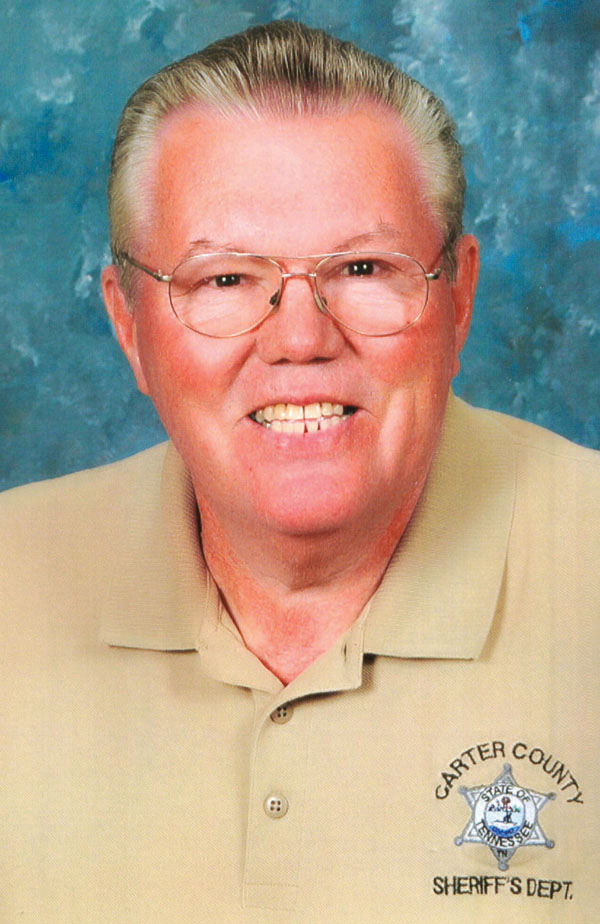 Eugene “Gene” Ross Moreland, 74, of Elizabethton, Tenn., went home to be with the Lord on Thursday, July 1, 2021, at home with his family, following an extended illness. He was born on February 7, 1947 to the late Robert “Bob” Henry Moreland and Barbara Kaye White Moreland.
Gene was very loyal and devoted, he always carried a smile and had a friendly word for everyone. He loved both his family and his church family at Valley Forge Free Will Baptist Church, where he was a very active member of the Men’s Fellowship. He was a member of the Unaka High School Class of 1965 and then attended East Tennessee State University.
Gene had worked for over 30 years with the Carter County Sheriff’s Department and was passionate about his job. He was a true servant to his fellow officers and his community until his death. Gene was a member of Masonic Lodge #238 for over 20 years and in his spare time, Gene enjoyed fishing, traveling and especially spending time with his family.
Those left to continue Gene’s legacy include his wife, Geneva Williams Moreland, of the home; his children, Phil Williams, Debra Holtsclaw, Todd Moreland and Travis Moreland; six grandchildren, Larissa Trivette, Rusty Holtsclaw, Wesley Williams, Chelsea Moreland, Bobbie Moreland and Zoie Moreland; several great-grandchildren; and a brother, Greg Moreland and sister-in-law, Melissa Moreland. Several nieces and nephews, as well as his special friends, Jim and Darlene Hawk, also survive.
A service to honor the life of Eugene “Gene” Ross Moreland will be conducted at 7 p.m. Monday, July 5, in the Chapel of Peace at Tetrick Funeral Home, Elizabethton, with Reverend Randy Johnson, Reverend Mark Potter and Reverend James Hawk officiating. The family will receive friends in the funeral home chapel from 5 until 7 p.m. Monday, prior to the service. The graveside service will be conducted at 11 a.m. Tuesday, July 6, at Happy Valley Memorial Park. Active pallbearers will be selected from members of the Carter County Sheriff’s Department. Honorary pallbearers will be Michael Gray, Dwight Lacey, Ronny Kent, Matt Patterson, Russel Holtsclaw, Bo Trivette and Don Thompson. Those wishing to attend the service are asked to meet at Tetrick Funeral Home at 10:15 a.m. Tuesday to go in procession. The family would like to thank the nurses and medical staff at Johnson City Medical Center, Princeton Rehab and Amedysis Hospice for the love and exceptional care shown to Gene during his illness. Those who prefer memorials in lieu of flowers may make donations to the Men’s Fellowship of Valley Forge Free Will Baptist Church, 1503 Riverview Drive, Elizabethton, TN 37643 in honor of Gene. Online condolences may be shared with the family on our website, www.tetrickfuneralhome.com
Tetrick Funeral Home, Elizabethton, is honored to serve the Moreland family. Office: (423) 542-2232. Service Information Line: (423) 543-4917.