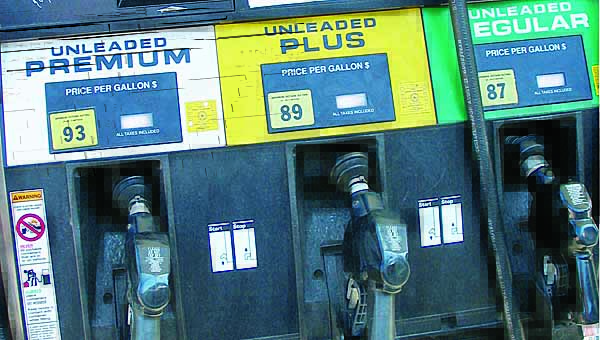 BY ASSOCIATED PRESS
The economic recovery is pumping up gas prices.
Drivers are facing pricier fill-ups as more people hit the road for work, travel and other activities that the virus pandemic halted. Higher demand for gasoline is running up against lagging supply as the energy industry slowly ramps up after more than a year of production and staff cuts.
The prices are especially painful for drivers who just a year ago saw gas fall to its lowest point since 2016, but who couldn’t take advantage because the virus pandemic limited travel.
The supply and demand disconnect is exacerbated by a busier summer travel season as COVID-19 cases fall, vaccination rates rise and the tourism industry recovers. The Energy Information Administration estimated that gas demand for the week ending July 2, which included only one day of the Independence Day holiday weekend, was the highest in 30 years.
“The reason we’re here is because of imbalances created by COVID-19,” said Patrick De Haan, head of petroleum analysis at GasBuddy. “Less driving during the pandemic caused demand for gas to plunge and that forced the fuel industry’s hand to cut production and lay off employees.”
The national gas price average has increased 40% since the start of the year, according to AAA, and drivers can expect the price to keep rising. The auto club expects the national average to rise above $3.25 this summer.
The actual cost of gas isn’t near a historic high, De Haan said, but the quick rise in prices not long after last year’s sharp dip is making it feel more painful.
“Obviously the $3 threshold is what makes it feel particularly worse,” De Haan said.
A large part of the production imbalance stems from the OPEC cartel’s resistance to increasing production to meet rising demand. Talks among OPEC members and allied oil producing countries broke off earlier this month in a standoff with the United Arab Emirates over production levels.
Currently, OPEC and allied countries are producing some 37 million barrels a day, compared to around 43 million barrels per day in April of last year, at the start of the pandemic. The low supply, high demand situation has pushed crude oil prices up more than 50% in 2021 to levels not seen since late in 2018.
“Lots of energy companies paused development as bond holders demanded discipline and you’re not seeing a supply reaction,” said Katie Nixon, chief investment officer at Northern Trust Wealth Management.
Analysts have said high oil and gas prices will probably remain this year as the economic recovery levels off and energy companies find their footing again with production and staffing levels.