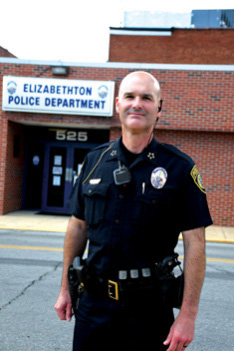 Elizabethton Police Chief Jason Shaw said Friday the investigation regarding the assault of a juvenile on Bluefield Avenue is ongoing. The police chief called the incident a “serious and troubling” situation.
Shaw said the involved suspects are juveniles, and investigators are taking the necessary steps to properly investigate, review evidence, properly interview, consult with the district attorney, the juvenile court, and child protective services before pressing any charges. “This is a delicate matter that we take seriously. We want to ensure the case is handled properly for all parties involved,” he said.
Shaw said after the investigation is complete, the suspect juveniles will receive the appropriate charges.
A redacted report indicated the incident occurred July 19 at 7:30 p.m. The responding officer received notice from the Communications Center that a juvenile female had been beaten up by multiple teenagers and had “obvious bruising and swelling to her face, arms, and legs.”
The girl’s mother told officers her daughter said the juveniles held her down and assaulted her with her hands behind her back and then locked her in the pantry until they released her several hours later. The juvenile was transported to the Sycamore Shoals Emergency Room by the Carter County EMS.