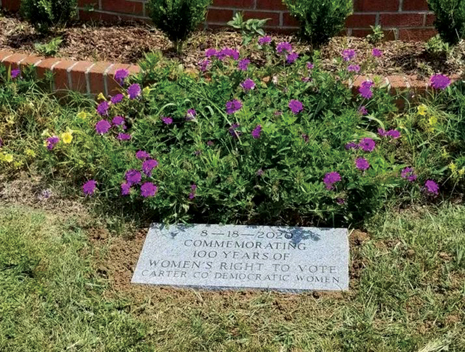 The 101st anniversary of the 19th Amendment that gave women in America the right to vote will be commemorated August 18 at 11 a.m. at the Carter County Election Commission Building, 116 Holston Ave. A permanent marker citing the 19th Amendment centennial will be dedicated. The event is also in honor of the women who currently serve in local government, including Carter County’s mayor, seven county commissioners, and two election commission members. Scheduled to speak are Mayor Patty Woodby, Eve Olive, who is the granddaughter of Elizabethton suffragist Sophia Hunter Dixon, and Joe Penza of the Elizabethton/Carter County Public Library. On loan from the Library to the Election Commission is a series of posters outlining the history of the campaign for women’s suffrage.
The public is invited to view the poster display during Election Commission business hours, 8 a.m. to 4:30 p.m. Monday through Friday.

Vietnam Re-enactment hosted by A Walk In Their Boots

Over the past few years, “A Walk In Their Boots” has hosted numerous events to teach about the history of... read more