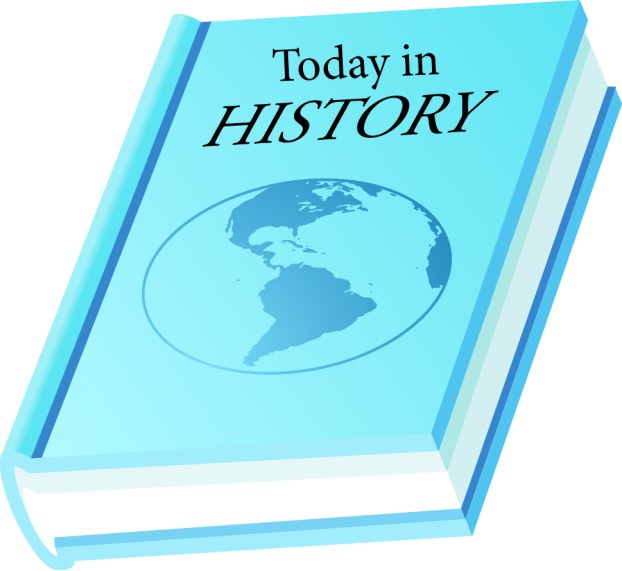 By The Associated Press
Today is Friday, Aug. 13, the 225th day of 2021. There are 140 days left in the year.
Today’s Highlight in History:
On August 13, 1910, Florence Nightingale, the founder of modern nursing, died in London at age 90.
On this date:
In 1521, Spanish conqueror Hernando Cortez captured Tenochtitlan, present-day Mexico City, from the Aztecs.
In 1704, the Battle of Blenheim was fought during the War of the Spanish Succession, resulting in a victory for English-led forces over French and Bavarian soldiers.
In 1846, the American flag was raised in Los Angeles for the first time.
In 1860, legendary sharpshooter Annie Oakley was born in Darke County, Ohio.
In 1889, William Gray of Hartford, Conn., received a patent for a coin-operated telephone.
In 1932, Adolf Hitler rejected the post of vice chancellor of Germany, saying he was prepared to hold out “for all or nothing.”
In 1942, Walt Disney’s animated feature “Bambi” had its U.S. premiere at Radio City Music Hall in New York, five days after its world premiere in London.
In 1961, East Germany sealed off the border between Berlin’s eastern and western sectors before building a wall that would divide the city for the next 28 years.
In 1967, the crime caper biopic “Bonnie and Clyde,” starring Warren Beatty and Faye Dunaway, had its U.S. premiere; the movie, directed by Arthur Penn, was considered shocking as well as innovative for its graphic portrayal of violence.
In 2003, Iraq began pumping crude oil from its northern oil fields for the first time since the start of the war. Libya agreed to set up a $2.7 billion fund for families of the 270 people killed in the 1988 Pan Am bombing.
In 2004, TV chef Julia Child died in Montecito, Calif., two days short of her 92nd birthday.
In 2017, in a statement, the White House said President Donald Trump “very strongly” condemned individual hate groups such as “white supremacists, KKK and neo-Nazis;” the statement followed criticism of Trump for blaming the previous day’s deadly violence at a white supremacist rally in Charlottesville, Va., on “many sides.”
Ten years ago: Seven people were killed when a stage collapsed at the Indiana State Fair during a powerful storm just before a concert was to begin. In the Republican presidential race, Rep. Michele Bachmann won the Iowa straw poll; Texas Gov. Rick Perry officially declared his candidacy. In eastern Pakistan, al-Qaida gunmen kidnapped an American development expert, Warren Weinstein. (Weinstein was killed in a U.S. drone strike in Jan. 2015.)
Five years ago: Violence erupted in Milwaukee following the fatal shooting of Sylville Smith, a 23-year-old Black man, by a Black police officer, Dominique Heaggan-Brown, who was later acquitted of first-degree reckless homicide. Michael Phelps closed out the Rio Olympics with another gold medal, the 23rd of his career. Kenny Baker, who played R2-D2 in the “Star Wars” movies, died in Preston, England, at age 81.
One year ago: Georgia Gov. Brian Kemp said he was dropping a lawsuit against the city of Atlanta over the city’s requirement to wear masks in public and other coronavirus restrictions; Kemp had sought to block local governments from requiring that masks be worn. In an interview on Fox Business Network, President Donald Trump acknowledged that he was starving the U.S. Postal Service of money in order to make it harder to process an expected surge of mail-in ballots. Israel and the United Arab Emirates announced that they were establishing full diplomatic relations in a deal brokered by the U.S.; it required Israel to halt its plan to annex occupied West Bank land sought by the Palestinians.
Today’s Birthdays: Former U.S. Surgeon General Joycelyn Elders is 88. Actor Kevin Tighe is 77. U.S. Treasury Secretary Janet Yellen is 75. Opera singer Kathleen Battle is 73. High wire aerialist Philippe Petit is 72. Hockey Hall of Famer Bobby Clarke is 72. Golf Hall of Famer Betsy King is 66. Movie director Paul Greengrass is 66. Actor Danny Bonaduce is 62. TV weatherman Sam Champion is 60. Actor Dawnn (correct) Lewis is 60. Actor John Slattery is 59. Actor Debi Mazar is 57. Actor Quinn Cummings is 54. Actor Seana Kofoed is 51. Country singer Andy Griggs is 48. Actor Gregory Fitoussi is 45. Country musician Mike Melancon (Emerson Drive) is 43. Actor Kathryn Fiore is 42. Former White House press secretary Sarah Huckabee Sanders is 39. Actor Sebastian Stan is 39. Actor Eme Ikwuakor is 37. Pop-rock singer James Morrison is 37. Actor Lennon Stella is 22.

From the writings of the Rev. Billy Graham Dear Rev. Graham: The culture wars are destroying our homes, our schools,... read more