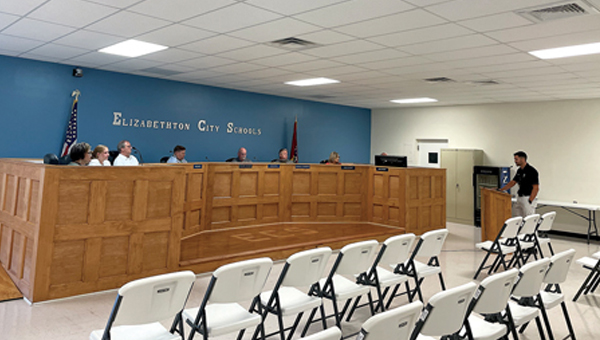 There are many things on this month’s agenda, some dealing with financial statements, as well as the approval of some purchases for city schools and the implementation of a partnership agreement between the city schools and an area college.

First on the list is the approval of various financial statements dealing with the school system such as the general-purpose, federal projects, and the school nutrition fund.

In terms of new purchases to be used in the school system that need to be approved, there is one major item on the list. This item would be a new vehicle used for driver’s education at Elizabethton High School.

Driver’s education at the high school is a vital part of helping students in Elizabethton earn their driver’s license, and the school is requesting a new car in the form of a 2022 Chevrolet Malibu for the price of $17,900.

Another important item on this week’s agenda deals with Elizabethton High School’s cherished Betsy Band and a proposed trip to compete against other schools from across the nation.

The name of the competition is the 2021 Tournament of Champions and is held at Western Carolina University on Saturday, October 23, 2021. The Betsy Band has a long tradition of competing in and emerging victorious in many band competitions over the years, and after a year where the marching band was not able to be as involved due to COVID, this could be a way for the Betsy Band to get back on track.

One of the final, most important items to be brought up at the School Board meeting on Thursday deals with partnerships between Elizabethton High School and local higher education institution Milligan College.

The partnership between the school system and the college is one that will give students a chance to work with mentor teachers to better understand what it is like to teach.