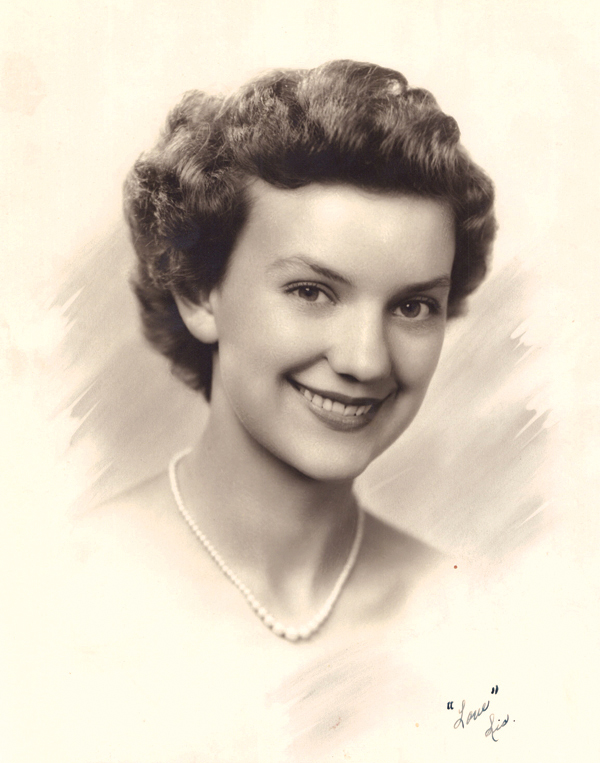 Ella Ruth Nave Perry was born July 15, 1932 to Laura Nidiffer Nave and William McKinley Nave. She was a lifelong Carter County resident, spending her early years in Nave Hollow, growing up with two brothers and one sister. Another sister died as a young child before Ella Ruth was born. She attended Unaka schools, including Unaka High School where she played basketball.
In the late 1940s her sister and brother-in-law, Ruby and Floyd Bowers, lived next door to Ike and Martha Perry. Their son, Dean Perry, had recently returned from WWII. Dean and Ella Ruth met, “courted,” fell in love, and were married November 10, 1951.
Ella Ruth worked at Raytheon in administration and later as the family grew, became a stay at home mom. She eventually attended ETSU and received her Bachelor’s degree in education. She taught kindergarten in Elizabethton City Schools for 27 years, the majority of those at West Side Elementary School. She was a beloved teacher and numerous students were blessed to be in her class. At one time, she even taught two of her grandchildren.
In the 1970s Dean was the mayor and Ella Ruth was the first lady of Elizabethton.
She enjoyed playing hymns on the piano and singing “The Old Woman Who Swallowed a Fly” to her grandchildren and great-grandchildren. Her home was a warm place for family to gather, and there was always something delicious to eat. Her specialties were fried chicken, vegetable beef soup, homemade biscuits, sausage gravy, and most importantly homemade candy.
She was a member of Grace Baptist Church, the Elizabethton Women’s Club, the VFW Auxiliary, the American Legion Auxiliary, and the Carter County Republican Party.
She was preceded in death by her parents, all her siblings, and her husband.
She is survived by her children, Thomas Perry (Robbi), Karen Perry, and Kim Miller (Mike); seven grandchildren, Dr. Andrew Presnell (Amanda), Ian Perry (Deanna Barton-Perry), Katie Dugger (Dustin), Isaac Miller, Erin Perry, Lauren Miller, and Thomas Miller; six great-grandchildren; and several nieces and nephews.
The family asks that in lieu of flowers, donations be made to:
Kindergarten Fund
West Side Elementary School
1310 Burgie St.
Elizabethton, TN 37643
Her children wish to thank Mrs. Lorraine Wilson, as well as the staff at Ivy Hall Nursing Home and Caris Hospice, for the loving care their mother received.
A private family graveside service will be held at Happy Valley Memorial Park. Online condolences may be shared with the family on our website, www.tetrickfuneralhome.com
Tetrick Funeral Home, Elizabethton, is honored to serve the Perry family.