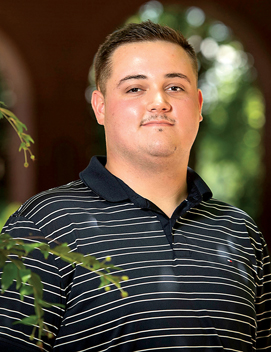 JOHNSON CITY — Ethan Galloway, a senior at East Tennessee State University, has been appointed to the Tennessee Higher Education Commission as a student member.

Galloway is from Surgoinsville and is currently a chemistry major with plans to attend medical school. At ETSU, he has been active with the Chemistry Club, which he serves as vice president, and he is an officer and member of Circle K International sponsored by Kiwanis. He is also employed by ETSU’s Center for Academic Achievement as an academic coach.

A 2018 graduate of Volunteer High School, he is the son of Amy and Teddy Galloway of Rogersville.

THEC is the state’s higher education coordinating board and was formed in 1967.

Galloway’s appointment is for a term of one year.