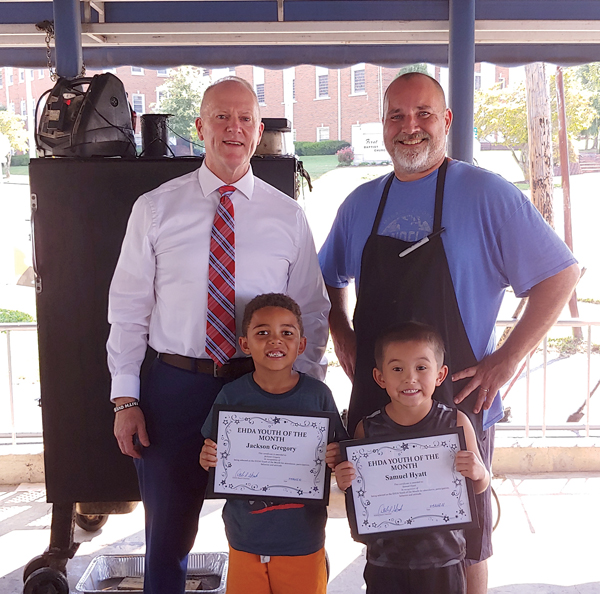 EHDA Youth of the Month

Jackson Gregory and Samuel Hyatt have been chosen as Youth of the Month for August by the Elizabethton Housing and Development Agency. They are pictured with their certificates by Kelly Geagley, EHDA Executive Director, and James Weir of J’s Corner, sponsor of Youth of the Month. Jackson’s favorite food is macaroni and cheese with hot dogs. He wants to be a fighter when he grows up. Jackson likes to juke people and play Siren Head. Samuel’s favorite food is chicken nuggets. He wants to be a police officer when he grows up. Samuel’s favorite animal is a T-Rex and he also likes to play Siren Head.