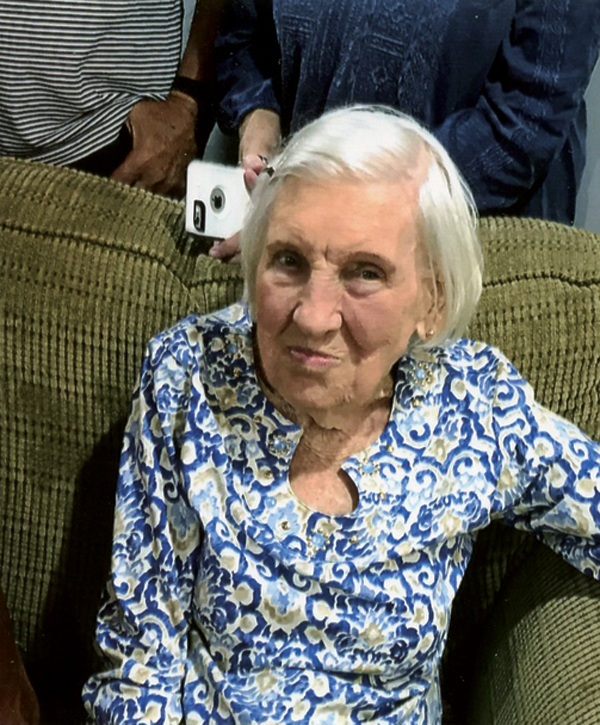 June Elizabeth Hood Taylor, 93, Elizabethton, passed away Monday, August 30, 2021, at Ivy Hall Nursing Home following an extended illness. She was born September 5, 1927 in Appalachia, Va., to the late Andrew Jackson “AJ” Hood Sr. and Margaret Louise Wright Hood. She had lived in Elizabethton since 1941.
June was a 1946 graduate of Elizabethton High School. She retired from the Raytheon Corporation. Prior to that she was employed at the Beaunit Fibers Corporation, Elizabethton. She was a member of Big Springs Church of Christ.
In addition to her parents, she was preceded in death by her husband, Howard M. “Shorty” Taylor, who passed away October 11, 1993; a son, David Hood Taylor, who passed away in December 1999; two brothers, Leon and Andy Hood; and a sister, Anna Sue Jones.
Survivors include her son and daughter-in-law, Lynn and Sandra Taylor; one grandson, Justin Taylor; one brother and sister-in-law, Gayle and Jobelle Hood, Elizabethton; one sister and brother-in-law, Kay and Ed Humphries, Lyman, S.C.; several nieces and nephews; and three sisters-in-law, Ivadee Taylor, Jackie Taylor and Ruth Hood.
The graveside service will be conducted at 3 p.m. Thursday, September 2, at Happy Valley Memorial Park with Mr. Glen Layfield, minister, officiating. Interment will follow. Pallbearers will be selected from family and friends. Friends may register their presence at the funeral home from 11 a.m. until 5 p.m. Wednesday or Thursday morning. The family would like to express a special “Thank You” to Judy and Victor Deloach and the staff of Ivy Hall Nursing Home and the staff of Caris Hospice for the excellent care she received during her stay there. Family and friends will assemble at the cemetery at 2:50 p.m. Thursday. In lieu of flowers, donations may be made to the American Cancer Society or Big Springs Church of Christ. Condolences may be sent to the family at our website, www.memorialfcelizabethton.com.
Memorial Funeral Chapel is serving the Taylor family.