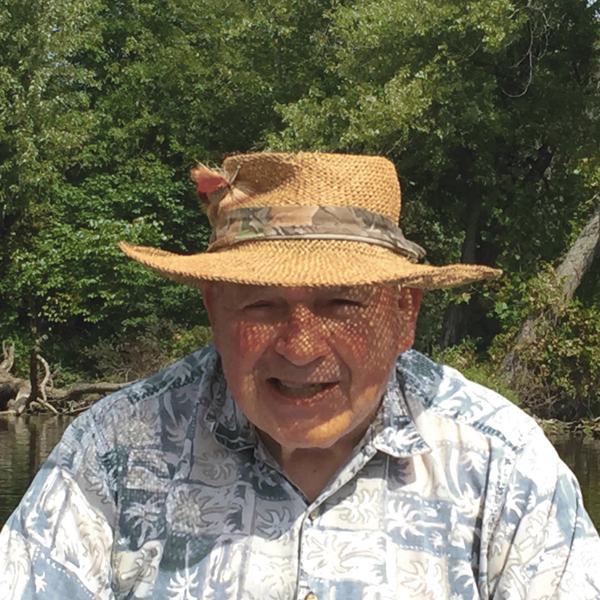 Robert “Bob” R. Riggs, 90, of Mishawaka, Ind., passed away peacefully at Golden Living Center on October 8, 2021. Robert was born to the late Rollo and Mary (Eisaman) Riggs in Mishawaka, Ind., on August 8, 1931. On September 20, 1957, he married Earline Campbell of Butler, Tenn., who preceded him in death on December 29, 1997, after 40 years of marriage. Robert then met and married Dolores Needham on April 28, 2000. They shared 20 years together before she passed on December 6, 2020.
Robert is survived by his sisters, Mary McClinton and Jean Kelpin of Margate, Fla.; his children, Cheryl (George) Hayden and Sandy (Greg) Zeigert; step-children, Richard (Tana) Needham, Kenneth (Deborah) Needham, Nancy (Rodney) Wright, and Norma Pham; grandchildren, Jennifer (Charles) Crumpler, Wendy (Mike) Wood, Stacy Johnson, Andrew (Michelle) Zeigert, Corey (Abigail) Zeigert; step grandchildren, Keith (Peggy) Needham, Brian Needham (Annalisa Simpson), Heather (Michael) Bolock, Andrew Cox, Bonnie Sexton, James Camren, Adam Driver (Joanne Tucker), April (Steve) Wilson, Anthony Pham (Rachel Kelman); 21 great-grandchildren, 8 great-great-grandchildren; one great-great-great-grandchild; as well as many other extended family members and friends in Butler, Tennessee, Florida and throughout the country. He was preceded in death by his brother, William Riggs; stepdaughter, Debbie Camren; and brother-in-law, Set Pham.
Robert proudly served in the U.S. Marines Corp stateside during the Korean conflict. He then worked with his father in Rigg’s Plumbing business for a few years before moving on to Ball Band which became Uniroyal. He enjoyed the work he did there and worked at a variety of jobs and was well loved by his co-workers prior to his retirement after 32 years of service. After retirement he kept busy by delivering flowers part-time for Linda’s Flower Shop and he loved bringing joy to many hearts and smiles to many faces.
Bob was a faithful member of Grace Bible Church and he helped with many projects at the church utilizing his many handy-man skills. He was also a member of Twin City Baptist Church upon his marriage to Dolores.
Bob most loved fishing, camping with friends and family or just sitting at a picnic table with a hot cup of coffee. He was good at fixing or building just about anything and was always ready to lend a hand to help a neighbor, family member or even a complete stranger.
Friends may visit with the family on Friday, October 15, from 10 a.m. until 12 p.m. at Hahn Funeral Home, 505 W. 8th Street, Mishawaka. A funeral service will be held immediately following at 12 p.m. in the funeral home. Bob, never being too much for formal attire, was most comfortable in his Hawaiian shirt and a pair of blue jeans so please feel free to don your best floral shirt in his honor. Bob will be laid to rest in Chapel Hill Memorial Gardens.
In lieu of flowers, the family requests memorial contributions be made to Center for Hospice, 501 Comfort Place, Mishawaka, IN 46545 or the Alzheimer’s Association 922 E. Colfax Ave., South Bend, IN 46617.