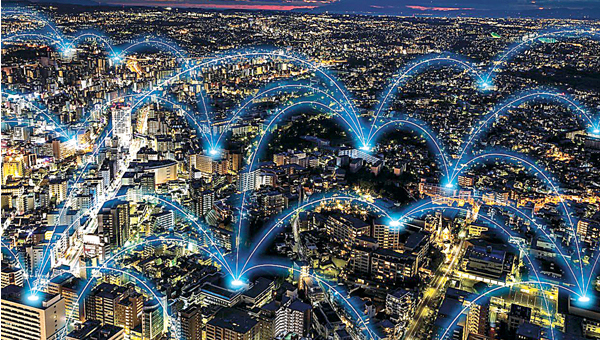 Contributed Photo Seven States Middle Mile Fiber Program will allow local power companies such as the one in Elizabethton to connect with surrounding areas such as Johnson City or Bristol.

The Elizabethton Electric Company is joining an effort to bring fiber connectivity to all 153 local power companies in the Tennessee Valley area.

Brandon Shell, interim manager of the utilities department, said the city has been working with Seven States’ utilities Middle Mile program, an agreement that would cost the city $10,531 and aims to connect all the region utilities with Middle Mile Fiber.

“This Middle Mile Fiber is fiber that they are going to light and that we will have access to once it is up and running,” Shell said. “Along with that, we will be letting them use some of the fiber that we have on our system to connect us to surrounding areas such as Bristol or Johnson City.”

Shell said the agreement also would benefit the department. “When the company uses some of our fiber, we would actually be paid back an amount for the rental of that fiber.”

The partnership between Seven States and the numerous local power companies depended on participation of a minimum number of utility companies, which has been met. “I spoke with Seven States yesterday and they have already passed that threshold,” Shell said. “They are going to go ahead and move forward with the engineering process, and we would love to be a part of this program.”

The program eventually could lead to expanded broadband internet access in the region. “With a program like this, this company could become an internet service provider and provide another way to get broadband into the area,” he said.

“Seven States will probably have to build some fiber themselves, but once a study is done they will let us know where we are in need of fiber in the area,” Shell said. “From that point, it is up to the local power companies to decide whether or not it would be worth an investment to build the fiber and let them tie into it for the future.”