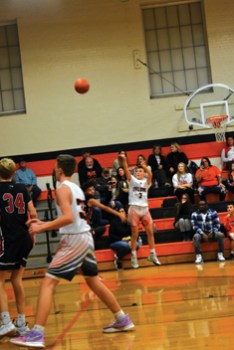 Star Photo/Gracie Fields TAD's Colby Blevins puts up a jumper from the outside. 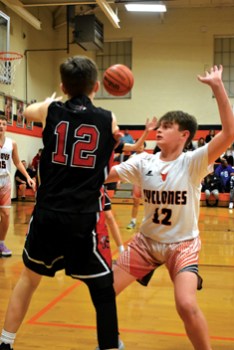 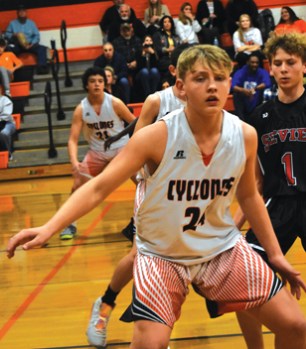 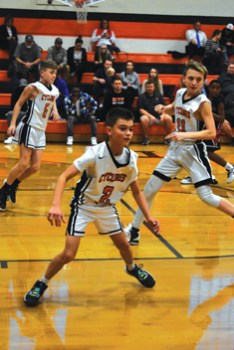 Star Photo/Gracie Fields In JV play. Jr. Cyclone Brycen Blevins cuts off a passing lane as he hustles back on defense. 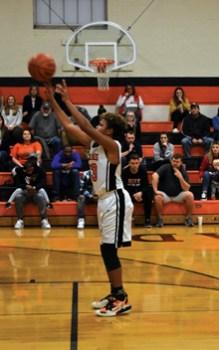 BY GRACIE FIELDS
STAR CORRESPONDENT
The crowd encouraged both teams before they played. As both junior varsity teams got ready, the coaches made sure to support all of their players.
T.A. Dugger’s Braylon Britt started out strong by scoring four points in the first half. He also continued his aggressive plays by having a total of three assists.
The players from John Servier had a strong and aggressive defense against T.A.Dugger. Jr. Cyclone Austin Steins, assisted his team with a total of eight rebounds.
In the second quarter, the John Sevier boys fought their way to the top with a total of nineteen points. The final score was 43-38 as John Sevier pulled away strong for the win. Both teams fought hard and continued to give their all throughout the entire game.
Next up were the boys’ varsity teams. The Jr. Cyclones started out strong on defense. Jr. Cyclone Colby Blevins scored a total of eight points in the first half.
Justius Wallin and Kaden Gouge both had a total of five rebounds. T.A.Dugger grabbed the lead by putting up thirty-five in the first half.
At halftime, both teams recharged as their coaches continued to encourage them.
The second half was exciting as the offense from John Sevier had a strong offense. Colby Blevins played strong again as he recorded six more points for the Jr. Cyclones.
In the final quarter, both teams played strong and gave their all on the court. Bailey Cannon from T.A.Dugger came through offensively to score a final three-pointer.
The final score was 55-20, T.A.Dugger winning in a big way. T.A.Dugger’s hard work and determination helped them to finish out the game with a flourish.