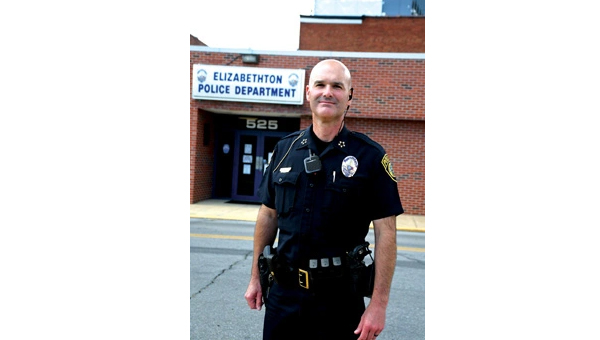 Both departments were given the opportunity to switch to T-Mobile’s new Connecting Heroes Program, a cellular program for first responders, whenever it is time to replace devices that are system wide across the City of Elizabethton.

“After the merger of T-Mobile and Sprint, T-Mobile started the Connecting Heroes Program that offers free basic cell phone service to law enforcement officers and firefighters. In addition to the free service, the program offers expanded levels of service to increase capabilities to match the level of service needed by each agency,” said Elizabethton Police Chief Jason Shaw.

Shaw admitted that he was skeptical of the program at first, but after diving deeper, learned that the program is useful to emergency services.

“I was made aware of this earlier in the year, however, I was skeptical of the ‘free’ program and kept asking questions,” Shaw said. “I was told that the program was developed in response to a requirement of a federal government agency due to the increased size of the corporation after the merger of Sprint and T-Mobile.

“The program is slated to last until 2030,” Shaw continued. “This satisfied my curiosity, and I would like for us to take advantage of this program for our officers and firefighters.

“For the past several years, the city and the police department has used Verizon for cell phone service. At this time the police department has no interest in switching its city service to T-Mobile since parts of our mobile Computer Aided Dispatch server routes through Verizon cell phones and switches that have been recently upgraded. However, in the future when replacement or upgrades are needed to our system, we can check for savings by going to T-Mobile service,” Shaw said.

And while the departments are not interested in fully switching to the program just yet, Shaw said that if approved, they would like to enroll in a basic plan.

“This would require no funding from the city. Upon approval, T-Mobile will send SIM cards to the police and fire departments for issue to firefighters and police officers,” Shaw said.

“Members of these departments will have to provide their own device to use the free service and I am also told that they can transfer a current phone number to the issued card. Council’s approval of this program is appreciated, as it could save officers and firefighters a monthly cell phone bill,” Shaw continued.

The item was approved unanimously, giving both departments access to the free Connecting Heroes Program.