One of the longest standing shows is Dollywood’s own Southern Gospel group — the Kingdom Heirs, who have been entertaining guests at the park since 1971. Known for smooth harmonies and the heart-felt message of the Gospel of Jesus Christ, the group includes baritone singer Loren Harris, who hails from Carter County.

Harris, who joined the group in 2016, is no stranger to singing gospel music. His parents were a preacher and church pianist and he sang his first song at the age of 3.

His Southern Gospel career began in the spring of 1996 joining the Wilburns of Carthage when their baritone position came open.

Since that time, he has sung with the Perrys in 2007 and sang a few dates a year with Ricky Atkinson & Compassion from 2009-2016 while on staff as the worship leader at Valley Forge Freewill Baptist Church in Valley Forge.

Along with singing with the other groups, Harris has also teamed up with his family to produce a CD.

“We just recorded a CD back in 2020 with my wife, my two kids, and mom and dad,” Harris said. “That was so much fun and we had so many requests to do one. I love singing with them and although we don’t get to sing together but a few times a year, it’s the most enjoyable time sharing the stage with them.”

He said Southern Gospel has stood the test of time throughout the years. “It’s music that tells of God’s love, the truth of His word, and mostly (like country music) takes every day life and gives the listener hope for whatever they’re going through all in three or four part harmony,” said Harris. “Older people love our music, and even though some of the old-timers are dying off or retiring, there’s a new generation that’s coming along and either singing in groups of their own or just have a heart for our style of music.”

Harris described the Kingdom Heirs as crazy guys with crazy talents that have a heart for God. He said they are just normal “down to earth guys” off the stage but all business on stage which makes for a great team.

“They are some of my dearest friends and we’re closer than family … we argue together, cry together, laugh more than we should, and minster together,” he said.

The group performs three to four shows a day, four to five days a week, totaling around 500 shows per year. The shows are a set show that are different each day. Harris said the group realizes people who will never go to church will attend their shows.

“They feel comfortable coming to see us at an amusement park either because they want to see a show and be entertained, get in from the weather, cool off in the summer, warm up in the winter, etc., but once they get inside, we give them 30 minutes of Jesus, His love for them, and let God do the rest,” Harris said.

“We plant the seed, He gives the increase. As my pastor Randy Johnson said when I took this job — you’re our missionary to Dollywood and that’s really a true statement. We reach people that will never go to church.”

There have been many influences on Harris and his style of singing from The Cathedral Quartet, The Inspirations, and The Kingsmen, who have enhanced his love for Southern Gospel Music. He considers Mark Trammell, who once sang with The Cathedrals and now has his own quartet, to be his singing hero and one of the most consistent men that he knows.

“The Primitive Quartet are true blue Godly men that are dear friends to me. My heart’s desire is to be considered consistent and faithful,” he said.

And if he could sing one song with anyone, past or present?

“‘There Was Jesus’ with my boss Dolly Parton … I actually saw her today at the park,” said Harris. “We had rehearsal and she came in and filmed some commercials and promos since there was no one there. I would even do ‘Jolene’ with her if she’d let me … I’m not picky. We’ve actually sang with her a few times since I’ve been there. She is a very gracious lady who loves our music.”

All artists have a song that for one reason or another have a special place and meaning in their heart. Harris is no different.

“‘Calvary Answers For Me’ is my testimony and my theme song,” Harris said. “The lyrics are so powerful and lets the listener know that no matter what happens or comes your way in life, if you are a born again Christian and have the blood applied to your life, Satan can bring up your past and your failings all he wants to and he will every day … but you can always take him back to the cross and tell him that what happened at Calvary covers it all. .. nothing else to say.”

And while Harris has enjoyed many special moments as a performer, he admits one month was incredibly embarrassing.

“One would think it would be forgetting lyrics or missing a note that would be at the top of the list, but that’s a weekly occurrence so I’m used to that, but the most embarrassing thing to happen was stepping on the base of a mic stand when stepping up to do a solo and the mic coming back and busting my mouth,” Harris said.

“I was with the Perrys at the time and we were doing a piano and bass tune so I was playing bass and trying to sing while blood was dripping down on my suit and tie. There was nothing to do but keep singing, smiling, and bleeding. I’ll never forget that one.” 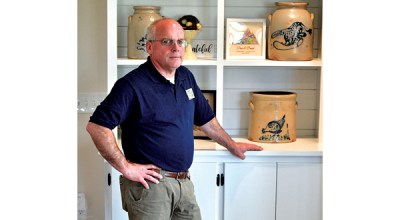 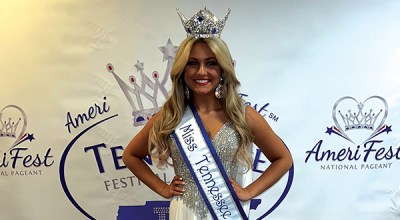 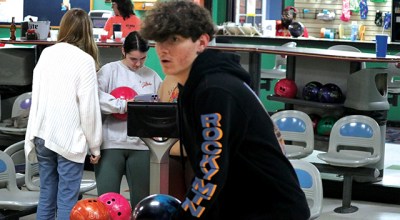 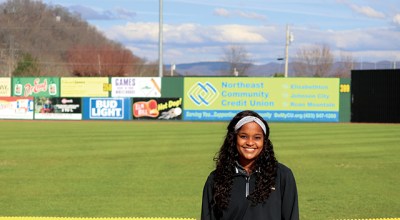 From the hardwood to the bowling alley… Hampton High…