The Bluefield Ridge Runners (8-11) slugged their way past the Elizabethton River Riders (9-10) by a final score of 13-4 on Wednesday night. First baseman Jackson Feltner went 5-for-6 with an RBI, four runs scored, and a home run.

The loss continued a prolonged cold stretch for the River Riders, as it was their eighth loss in their last nine games played. It also made them fall yet another game behind the Kingsport Axmen, who now possess the best record in the Appalachian League.

The scoring started early for the Ridge Runners, as left fielder David Meech with a bloop two-run single in the top of the first to plate Feltner and designated hitter Haydn McGeary. Bluefield led 2-0 before starter Andrew Dye could throw a pitch.

Bluefield would give him another run of support in the top of the third. Third baseman Kaelan Culpepper would double home Feltner, extending the Ridge Runner lead to 3-0 through two and a half innings of play.

E-Town would cut into the deficit in their half of the third. Left fielder Brendan Jones would hit a two-run home run to right field to bring home center fielder Isaac Williams, making it 3-2 Bluefield after a third of the game.

The Ridge Runners would keep tacking on in the middle innings, however. In the third, they put up three runs, two on a homer by shortstop John Volpe and another on a solo shot by Feltner. They got one in the fifth on a solo homer by right fielder Grant Voytovic. Three more were scored in the top of the sixth, one on a Feltner single and two on a Culpepper base hit. Through six, the Ridge Runners lead had ballooned to 10-2.

Bluefield was not done once they reached the seventh. They added another run on a McGeary single to bring home catcher Tim Nicholoson, making it 11-2.

The River Riders would get two back in the bottom of the seventh. Catcher Connor Price came home on a bases-loaded walk by Jones. Then, second baseman Austin Roccaforte scored on an RBI groundout by shortstop Peyton Basler. Bluefield still led, now it was 11-4.

For good measure, the Ridge Runners got two more insurance runs in the top of the eighth. A bases-loaded walk from Nicholoson scored Culpepper and a single by center fielder Ryley Preece brought home Meech, extending the lead to 13-4.

That is where it would stay as the River Riders look to turn the page on Thursday as they will begin a series against the Princeton WhistlePigs. First pitch is set for 7 p.m. at Northeast Community Credit Union Ballpark. Meanwhile, the Ridge Runners will return home for a two-game set with the Danville Otterbots. The game is set to start at 6:30 p.m. from Bluefield. 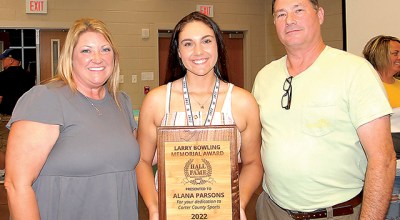 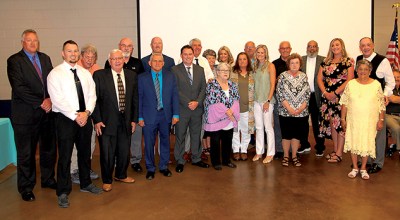