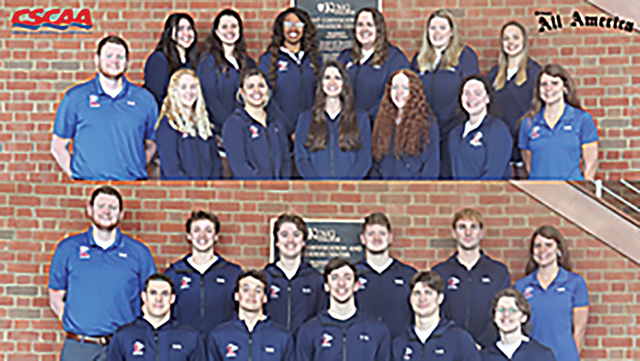 Teams were selected on the basis of their spring 2022 grade point averages and represent 731 teams, 441 institutions and 17,845 student-athletes.

The women’s team has earned CSAA Scholar All-America team honors nine times, including the last eight semesters. Under the tutelage of head coach Matt Brinton the women posted a 3.56 team GPA in the spring.

For the men, the marks the fifth time they have earned this award, and the third straight semester. In the spring, the men recorded a team GPA of 3.00.