Cyclones continue to hone skills in preparation for Science Hill 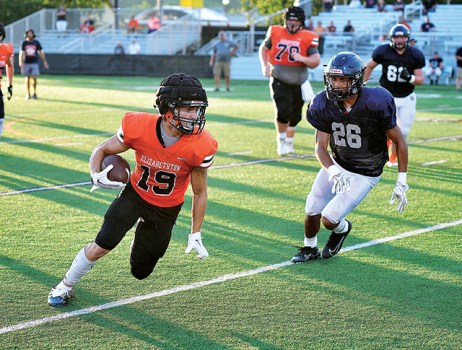 Star Photo/Ivan Sanders Wideout Teddy Orton turns the football up the field after hauling in a reception. 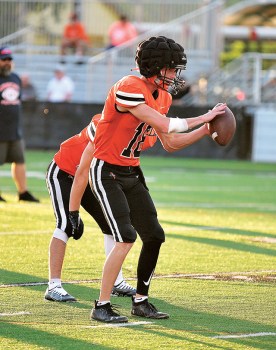 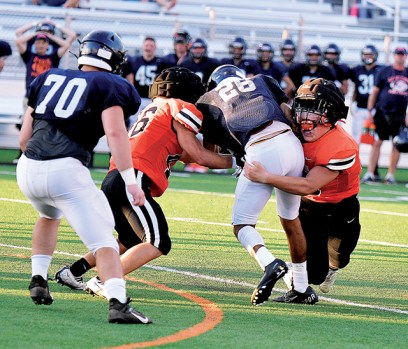 Star Photo/Ivan Sanders The Cyclone defense was tough against the Union Bear offense. 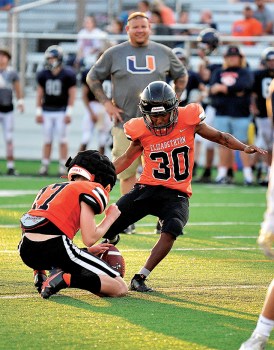 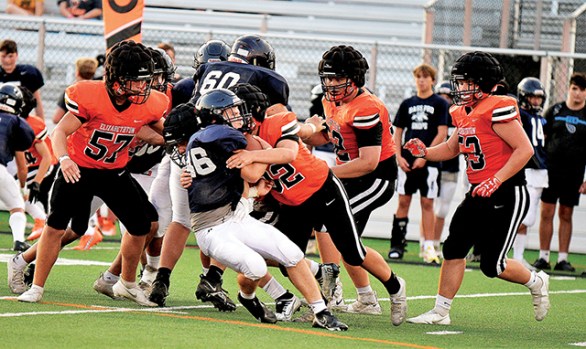 Star Photo/Ivan Sanders The Cyclone defense swarms to the football to bring down this Union running back. 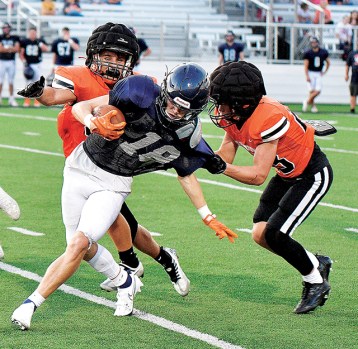 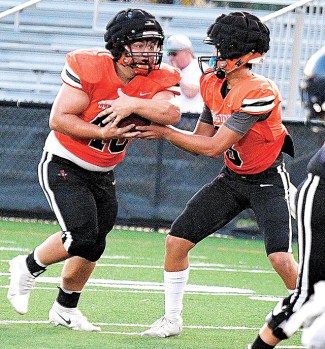 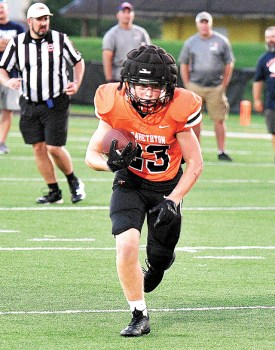 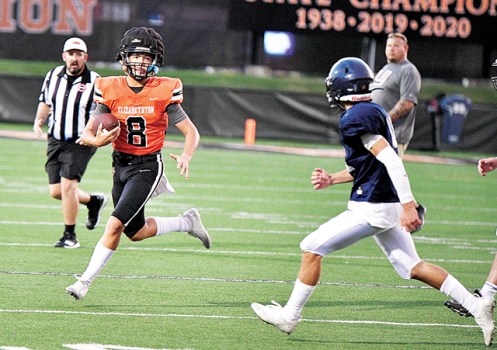 Star Photo/Ivan Sanders Freshman quarterback Rhett Slagle scrambles out of the pocket to turn a loss into a nice gain.

STAR CORRESPONDENT
The clock continues to tick down toward the kickoff of the 2022 football season for the Elizabethton Cyclones which means that full attention is on the boys from Science Hill as the Hilltoppers and Cyclones meet at 7:30 p.m. on Aug. 19 at Citizens Bank Stadium.
Elizabethton had its third scrimmage Monday at Citizens Bank Stadium as they hosted the Union, VA Bears coming off a great scrimmage against Morristown West last week.
Cyclone head coach Shawn Witten wasn’t searching for a victory in the scrimmage but was more concerned about seeing some effort from his younger team as several bodies saw the field in the scrimmage against a big, physical Union team.
“As a coach you are not trying to win the scrimmage – you are looking at things that you need to work on. We had two previous scrimmages and today was about looking at different things that we need to do better,” said Witten.
“We are trying to evaluate what we have got. We are just mixing several personnel in there and make sure that we are building our depth and getting our starters good quality snaps to where they can stay in there a little longer.”
The head coach, entering his 16th season at the helm of the Cyclones, was especially wanting to see what some of his younger players could bring to the table.
One such player was freshman running back Jaiden Wallin who dished out some punishing runs including one where he flattened a defensive back who was attempting to bring the back down.
The young offensive and defensive lines each flashed signs of brilliance on both sides of the football while the defensive backs also swarmed effectively to the football making at least two interceptions of Union passes.
“Mondays are a little slower,” Witten said. “It was a good opportunity to get some young guys some work where we missed out there Thursday. It was a good opportunity to go up against a big, physical Union team that runs the football really well. The game is just a game of inches – it’s a play or two here and there. The guys are working really hard. We have to do a better job of cleaning some of those penalties up.”
One of the lessons that Witten was stressing to a group of players after the scrimmage was to not try and be the player they were replacing but to be the player they are and to do the best job they could do.
Admittedly, Witten told the players that he would make more mistakes than they could even imagine but they needed to trust his decisions and if something went wrong it would be on him and not them.
“It’s not punishment – it’s doing the right thing for the team,” Witten said. “We realize there are going to be penalties but allowing us to lose our control and emotions is not who we are. In every situation, you are going to find adversity. It’s about finding a way to win in 11 days and finding the guys we can put out there to help us do that.”
The Cyclones travel to Carson-Newman College on Thursday evening for the 5-Star Preps Jamboree.