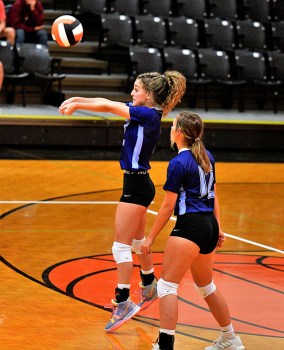 Star Photo/Ivan Sanders Hampton's Madison McClain bumps the volleyball back across the net in Monday's match against Elizabethton. 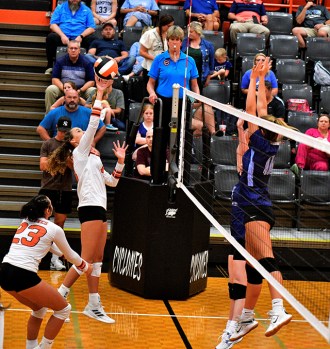 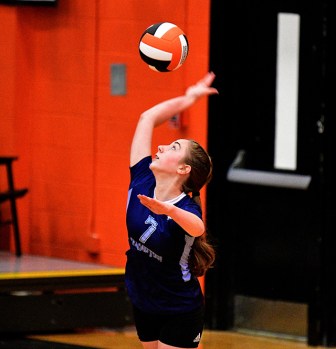 Star Photo/Ivan Sanders Hampton's Abigail Kelly prepares to send the volleyball across the net for the Lady' Dogs. 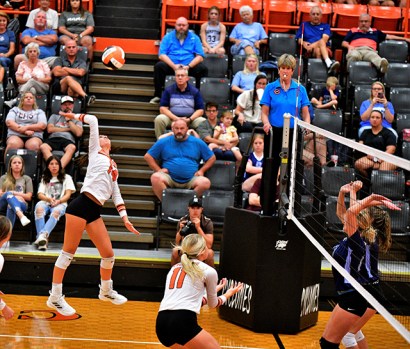 Star Photo/Ivan Sanders Lady Cyclone Gracie Kirsch goes high as she prepares to send one of her eight kills on the night toward the Hampton side. 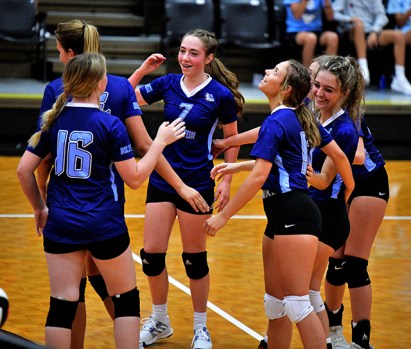 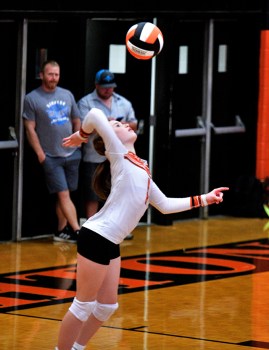 Star Photo/Ivan Sanders Zyliegh Bates sets to deliver a serve toward the Hampton side of the net. 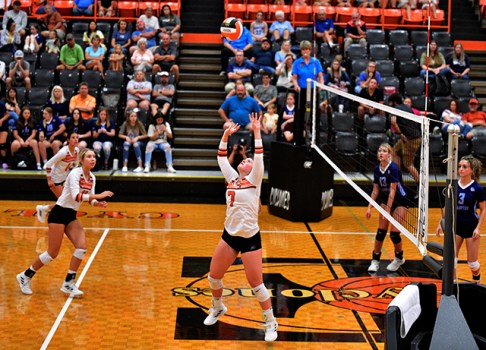 Star Photo/Ivan Sanders Elizabethton's Jayci Bowers sets a ball up as Lady Cyclone Karie Merritt prepares to lay down the hammer for a kill. 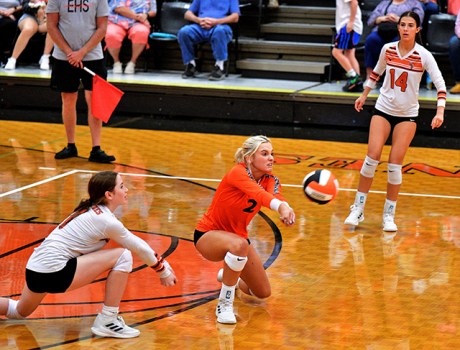 Star Photo/Ivan Sanders Elizabethton's Bailee VanHuss goes down to get a defensive dig in Monday's match against Hampton. 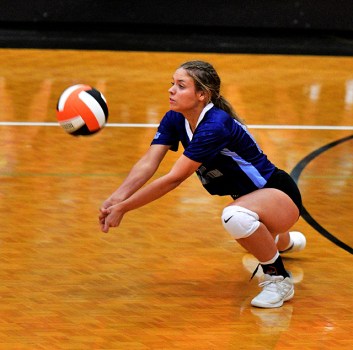 Star Photo/Ivan Sanders Hampton's Mackenzie Thompson goes to the floor to dig out an Elizabethton return.

STAR CORRESPONDENT
The Hampton Lady Bulldogs obviously were nervous as they took the court for their first volleyball match ever inside John Treadway Gym on Monday but the nervousness seemed to melt away as a few points hit the scoreboard.
Hampton dropped a 3-0 match to the Lady Cyclones but there were glimpses that the team will become more competitive as the 2022 season progresses.
The Lady Cyclones jumped out to a big lead in the first set but Hampton dug in and forced Elizabethton to work for the points needed to win the set.
Elizabethton finally settled to win the opening set by a 25-14 score. The second set started out almost identically to the first as the Lady Cyclones built a lead and then watched as the Lady ‘Dogs begin to collect their share of points before falling 25-11 to find themselves staring at a 2-0 deficit.
Hampton took their first lead of the season in the third set as Hampton edged out to a 4-2 lead before Coach Leslee Bradley’s squad settled in led by a quartet of freshmen to pull out front and never look back in taking the match with a third set 25-5 victory.
Junior Bailee VanHuss helped to lead the Lady Cyclones to the win recording 15 defensive digs while serving up five aces.
Jayci Bowers and Zyliegh Bates totaled five defensive digs for the Lady Cyclones in the three-set match while Ainsley Wampler and Gracie Kirsch brought the hammer with eight kills apiece.
Hampton received a great overall effort from all the girls who wore the blue on the night in the school’s first-ever match.
The Lady ‘Dogs taking the court were Mallory Lamb, Abigail Kelly, Clare Clark, Mackenzie Thompson, Madison McClain, Graclyn Burkett, Olivia Sarrett, Laken Johnson, Maleah Scalf, and Hannah Smith.