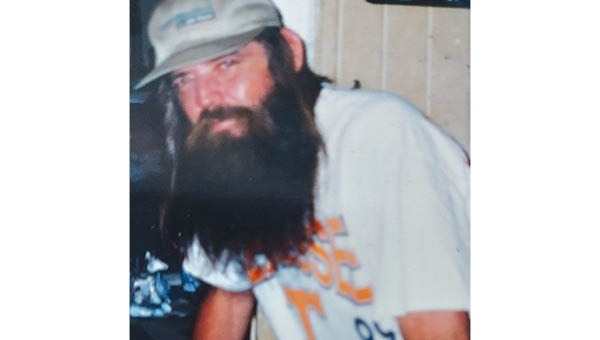 Danny Lou “Dano” Bradley, 65, of Pensacola, Fla., formerly of Elizabethton, Tenn., went home to be with the Lord on Wednesday, August 31, 2022, at Sacred Heart Hospital, Pensacola, following an extended illness.
Danny was born on February 16, 1957 in Elizabethton to the late Joel Carriger “J.C.” Bradley Jr. and Gertrude “Gert” Williams Bradley. He attended Southside Elementary School and Elizabethton High School. He was of the Baptist Faith.
Having moved to Pensacola in 1979, Danny, along with his brother, Joey, had worked together as drywall installers and were well known for their work throughout Pensacola and surrounding areas. Danny was a former employee of Nor-Well Company in Elizabethton.
“Dano” was always a true Tennessee Vols football fan, having never missed a game of any sport the Vols played. He enjoyed watching Westerns, NASCAR, and old comedy shows with Joey (and could tell you every line in the Andy Griffith shows before they even said them), grilling out and cooking (the best vegetable hamburger soup and fried cornbread “hoe cakes” as he called them). He also enjoyed playing cards, darts and dominoes (bones) and sitting around a fire with Joey and friends listening to classic rock. He had the best sense of humor and kept everyone laughing when you were with him. He watched the news every day and kept up with current events. He loved fishing off the Old Bob Sykes Bridge on Pensacola Beach when he was able.
One of his most favorite things was his sister Shirley’s canned tomatoes from Tennessee and his favorite place in Carter County was Dennis Cove, where he spent much of his childhood and teenage years before moving to Florida. But most of all, Danny was a good and kind-hearted man and loved the Lord, his family, friends and pets.
In addition to his parents, Danny was preceded in death by his grandparents, Joel Carriger Bradley Sr. and Vesta Bradley and A.F. “Buddy” Williams and Pearl Pierce Williams; a nephew, Lee Nave; a niece, Chrissy Nave Hartman; a great-nephew, Matthew Lee Hartman; two uncles, Jack Williams and Charles “Baldy” Cornett; six aunts, Kathleen W. Cornett, Reba W. Lane, Gladys B. Rucker, Thelma B. Kitchen, Edythe Bradley and Margaret Bradley; a brother-in-law, Kenneth “Kenny” McKinney; two lifelong friends, Johnny and Jack Woodby; and a special friend and co-worker, Scott Wilcox.
Those left to cherish Danny’s memory are his brother and best friend, Joey Bradley, of the home; two sisters and a brother-in-law, Shirley and Melvin Nave and Janie Bradley McKinney, all of Elizabethton; two uncles, Jim Williams and Don Williams, Elizabethton; his little chihuahua and special companion, Fifi “Fee”; one great- and two great-great-nieces, Brittany, Ashton and Siri; one great-great-nephew, Kye; a friend and sister-in-heart, Sherry Townsend, Elizabethton; several cousins, including a special cousin, Lisa Dunaway of Ash Flat, Ark.; and special friends, Jessie and Tony Snyder, Brad Bristow, Dave Cantrell, Rodney “Rod” Hannon, Chris Selvio, Jack Raundo, Greg Stelle and Thomas “Porkchop.” Numerous friends in Pensacola and Elizabethton also survive.
We would like to extend our heartfelt gratitude and appreciation to Danny’s and Joey’s very special friends and extended family, Rich and Betsy Ferguson of Pensacola, for their loving care and support; to Sacred Heart Hospital in Pensacola; and to Memorial Funeral Chapel in Elizabethton and Faith Chapel Funeral Home in Pensacola.
It was Danny’s wish to be brought back home to Tennessee. A Memorial Service will be held at a later date.
“Those we love don’t go away, they walk beside us every day. Unseen, unheard, but always near, still loved, still missed, and very dear.”
Rest in Peace, Danny. You are so very loved and missed by all of us, but will live in our hearts forever!
Lovingly written by his sister Janie