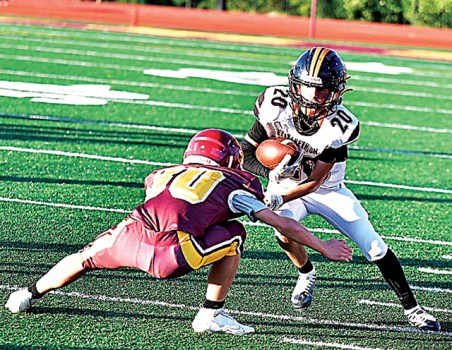 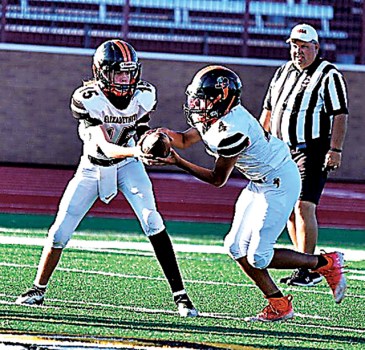 Star Photo/Ivan Sanders TAD quarterback Jaxon Price puts the football into the hands of his running back Legend Pate. 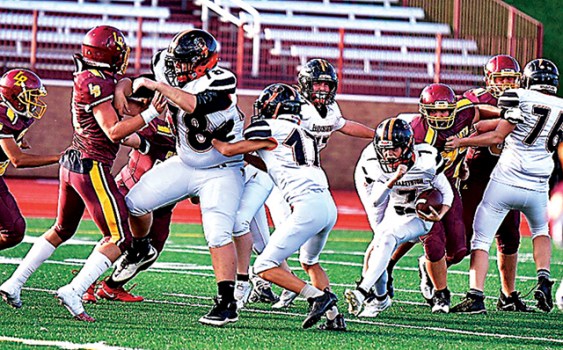 Star Photo/Ivan Sanders William McDuffie (7) weaves his way through a land of giants in Thursday's game against Liberty Bell. 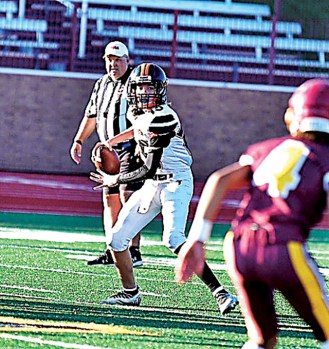 Star Photo/Ivan Sanders TAD quarterback Jaxon Price looks to get a pass off to an open receiver. 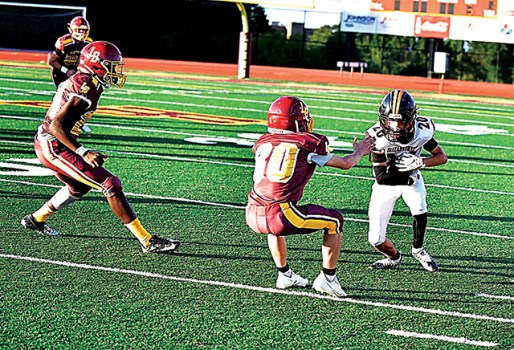 Star Photo/Ivan Sanders Aldo Cordell of the Jr. Cyclones looks to pick up yardage after a reception.

Star Photo/Ivan Sanders A large crowd of TAD Cyclone supporters were on hand for the Thursday evening contest. 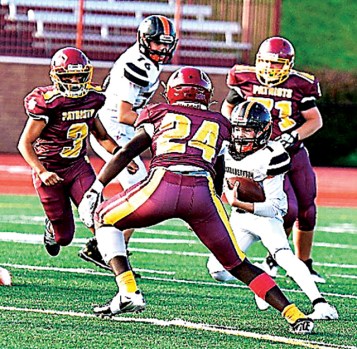 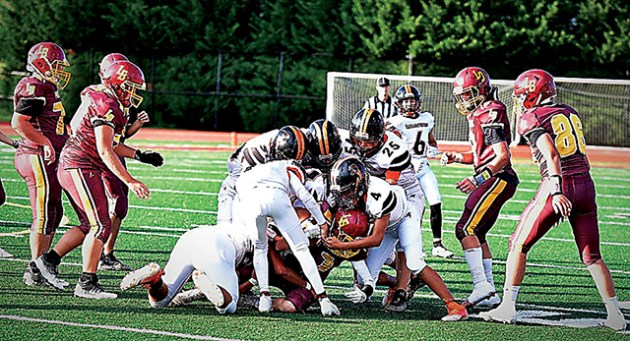 STAR CORRESPONDENT
JOHNSON CITY – It was a David versus Goliath matchup on Thursday evening at Kermit Tipton Stadium as the T.A. Dugger Jr. Cyclones were looking to keep their record unblemished on the season against a tremendously oversized Liberty Bell team that also came into the contest unbeaten.
After dealing with a tough week of adversity off the field, the Jr. Cyclones gave it all before falling 34-0 to the team that appeared to come out on the better half of Johnson City splitting their middle schools between Liberty Bell and Indian Trail.
The contest was a close affair early as the Patriots led at the end of the first quarter 7-0 on a two-yard plunge by running back Hayden Smith. The point after was good.
TAD’s defense continued to play solidly in the second quarter giving up a Smith 62-yard scamper and blocking the extra point with 4:48 remaining before the half as the home team took a 13-0 lead to the intermission.
Patriot running back Malik Anderson tacked on another score with four minutes remaining in the third period on a 61-yard scoring bolt to the end zone. The two-point conversion failed and the scoreboard read 19-0.
Branson Newberry expanded the lead for the home team as he reeled off a 73-yard run and the Patriots converted the two-point conversion for a 27-0 lead with 2:18 still remaining in the third quarter.
Smith scored his third touchdown of the contest with 6:51 left to play in the game and with the PAT, the game had its final of 34-0.
“Our guys have nothing to hang their heads about because we played our tails off,” said Pittman after the game. “At the end of the day, they had a little bit more than we did. I’ve done this for a long time and I am proud of the way these kids fought – they fought as hard as anyone that I have ever seen. We talked to them about adversity all week and again today and now we just have to go back to it and get ready for Greeneville next week. Losing is a rarity here so when it happens it hurts but it’s all about how you respond. I love these guys and wouldn’t want to be with anyone else.”
The Jr. Cyclones will host Greeneville next Thursday, Sept. 29 with kickoff at 5:30 p.m.