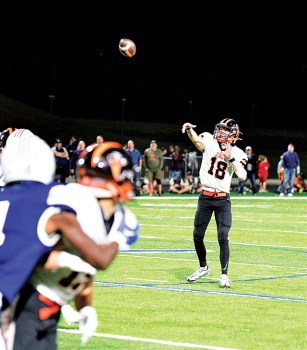 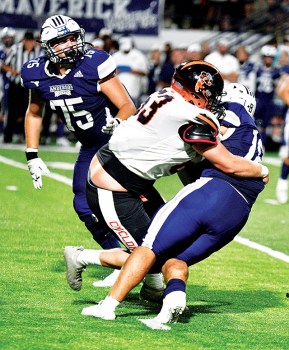 Star Photo/Ivan Sanders Eli Guess stops a Maverick running back in his tracks. 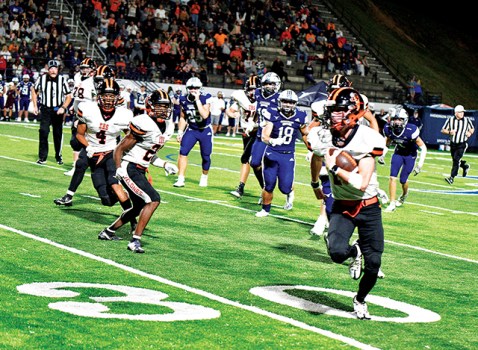 Star Photo/Ivan Sanders Quarterback Dalton Mitchell picks up a first down on a quarterback keeper. 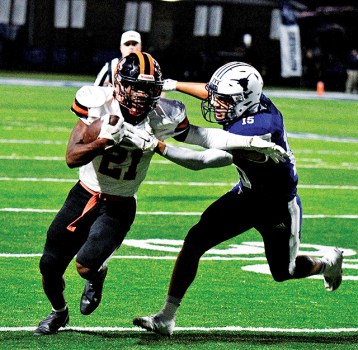 STAR CORRESPONDENT
CLINTON – The Elizabethton Cyclones played arguably one of their best games of the 2022 season on the road at the state’s #2 ranked Class 4A team in Anderson County.
However, two late decisions related to the kicking game could have cost the Cyclones a shot at one of the biggest upsets of the season to date as Anderson County stuffed a two-point conversion in overtime to thwart the Cyclones in a potential precursor to a playoff game in the postseason, 35-34.
Elizabethton dominated the first half of play after the Mavericks put the game’s first points on the board when quarterback Walker Martinez connected with wide receiver Tate Russell on a 51-yard screen play at the 8:47 mark of the first quarter.
Chris Nelson converted on the PAT and the score read 7-0.
From there, the Cyclones owned the rest of the half as quarterback Gib Maupin found Luke Whaley on a 20-yard strike to even the score at 7-7 on Caleb Campbell’s PAT with 3:59 left in the opening quarter.
The quarter ended with the same 7-7 score.
Elizabethton’s defense was wrecking everything that the Mavericks were trying to do in the half and as a result, the offense took advantage.
Cade Russell’s five-yard scamper into the end zone with 7:06 remaining before halftime gave the Cyclones a 14-7 lead after Campbell booted the ball through the uprights.
The Cyclones forced an interception and a fumble by Martinez in the quarter which the Cyclones took advantage of.
A Dalton Mitchell to Cam Baker scoring strike from 10 yards out gave the Cyclones a 21-0 lead at the half on Campbell’s PAT.
The Mavericks responded back coming out of the locker room as they drove 80 yards and a score on a Nick Moog one-yard plunge with 3:59 left in the third quarter. Nelson’s kick was good and the lead was sliced to 21-14.
A pick of a Mitchell pass set the Mavericks up in good field position on which they capitalized when Martinez connected with Bryson Vowellon a three-yard scoring toss with :37 seconds left in the quarter. Nelson’s kick evened the score at 21-21 heading into the fourth quarter.
The Cyclones answered back as Nate Stephens bolted over from the four-yard line to make it 28-21 Cyclones on Campbell’s kick with 6:12 to play.
Once again the Mavericks responded with a 30-yard pass from Martinez to Eli Braden to even the score at 28-28 with Nelson’s kick.
The Cyclones took the ensuing kick and drove the length of the field to the Maverick 20-yard line with five seconds to play. Cyclone head coach Shawn Witten sent Campbell out to attempt a game-winning 37-yard field goal but after a Maverick timeout to ice Campbell sent his offense back on the field. Mitchell tried to find his receiver in the end zone but the ball was picked off to end the opportunity and send the game to overtime.
In overtime, the Cyclones won the toss and went on defense. The Mavericks scored on the first play when Martinez connected with Vowell to make it a 35-28 game.
Elizabethton responded as Stephens took the handoff on the first play for the Cyclones into the end zone to make it a 35-34 game.
Witten initially sent out Campbell to kick the PAT, but after a timeout elected to go for the win on a two-point conversion.
Russell set up in the wildcat formation and the play went to the center of the Maverick defense where Russell was stopped one yard short in the heartbreaking loss.
Elizabethton will host Sullivan East for Homecoming next Friday at Citizens Bank Stadium. 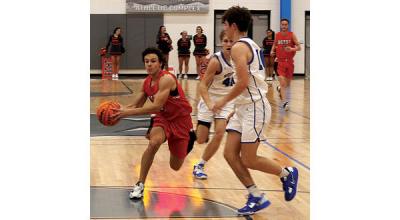 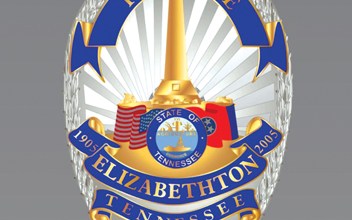 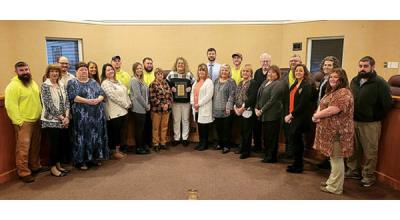 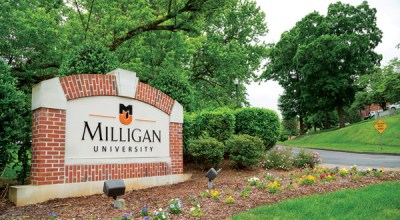