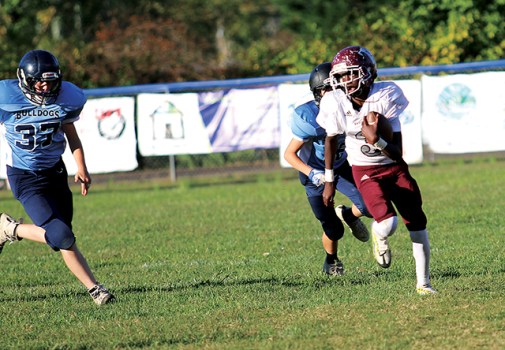 Star Photo/Tyler Scalf Artee Bahn (3) of Happy Valley runs outside for a gain while being chased down by Landon Buchanan (33) of Hampton. 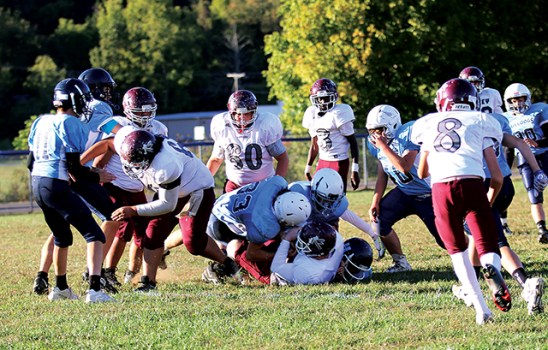 Star Photo/Tyler Scalf Happy Valley's attempt to run the ball up the middle gets foiled by Hampton's defense. 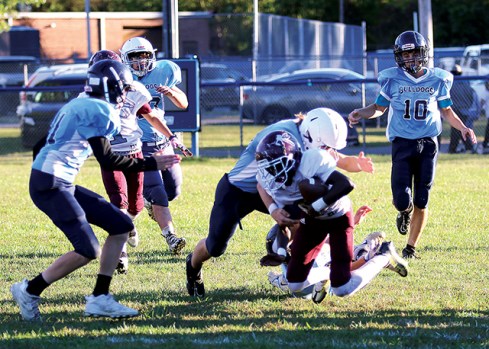 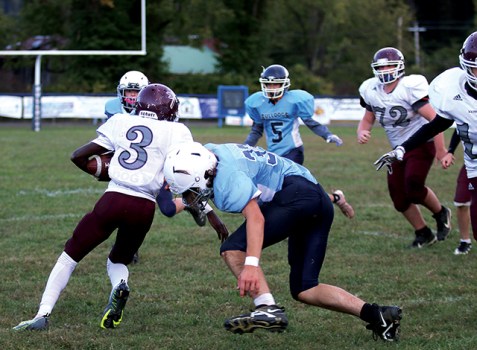 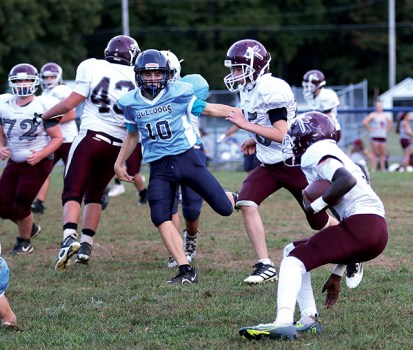 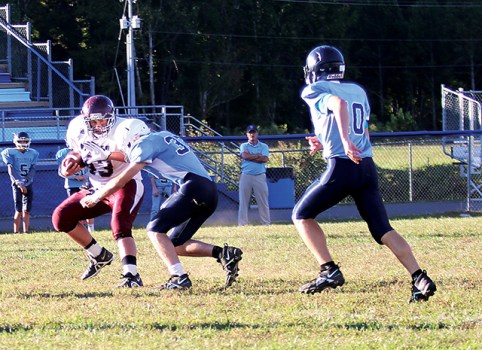 Star Photo/Tyler Scalf Happy Valley's Mason Norman (43) catches a Pass for a short gain before being tackled by Landon Buchanan (33) of Hampton.

STAR CORRESPONDENT
Happy Valley Middle School took to the road for the second week in a row and came away with a big victory. Last week HVMS knocked off Cloudland MS 22-14 and on Thursday toppled Hampton Middle School 28-6 to improve to 5-1 on the season.
“They played well, they were fired up and excited for the game,” Jr. Warriors head coach Kevin Kendall said. “They wanted to come out here and put on a good show. We did not want to take Hampton for granted and underestimate them. We did that once this year and they beat us. We took them serious, they ran hard and we ran hard, they hit hard and so did we.”
Eighth-grade RB/WR Grady Goulds had a combined 136 yards in rush yards and receiving yards. Goulds ran for 73 yards on nine carries and scored a pair of rushing touchdowns and he caught four passes for 63 yards and one touchdown.
“Our speed was a little more than they could handle” Kendall said. “We had more speed in more positions. We have big play capability but we haven’t put together a complete game. If we can put together a full game, offense, defense and special teams we are as good as anybody.”
Quarterback Artie Bahn had a solid game as well completing 6-for-8 passing for 77 yards and a touchdown pass to Goulds and had one interception. Bahn also had 54 rush yards on seven carries and scored a pair of two-point conversions.
HVMS opened with a seven-play, 57-yard scoring drive with Goulds rushing 27 yards for the first touchdown of the contest. Bahn ran in the deuce for an 8-0 Warriors lead. Hampton struggled in its first possession and were forced to punt.
The Warriors opened the second period with another long drive – this one a seven-play, 81-yard drive – with Mason Norman scoring on a 17-yard run. The two-point conversion run failed but HVMS had a 14-0 lead.
A pair of scores inside a minute of the first half saw Goulds score on a 17-yard pass from Bahn for a 20-0 Warriors lead after the two-point pass was off target and Hampton scored on a 59-yard run around right end by Chase Davenport. The Jr. Bulldogs run for two failed and the teams went into halftime with a 20-6 score showing on the scoreboard.
Neither team scored in the third quarter but the Warriors scored early in the fourth period on a 15-yard scoring run from Goulds and Bahn added the two-pointer on a run for a 28-6 score.
“We are a work in progress always,” Kendall said. “We made mistakes going hard. We didn’t make mistakes nervous or tip toeing and they made correct plays going hard. We feel good about being 5-1 and we have one regular season game left against Johnson County. It looks like Unicoi is going to be number one, but if we win our next game we will be second and play the top team from the other conference in the playoffs.”
For Hampton, Davenport finished with 86 yards on ten tries with fullback Ethan Heaton gaining 25 yards on five carries.
HVMS 28-6
HVMS 8 12 0 8 – 28
HMS 0 6 0 0 – 6
Scoring summary
First Quarter
HV – Goulds 27 run (Bahn run) 3:24
Second Quarter
HV – Norman 17 run (run failed) 5:17
HV – Goulds 17 pass from Bahn (pass failed) :50
H – Davenport 59 run (run failed) :35
Fourth Quarter
HV – Goulds 15 run (Bahn run) 7:13 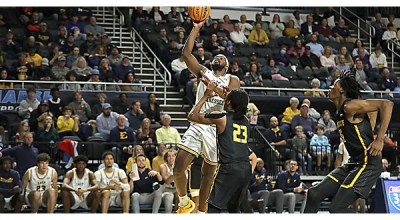 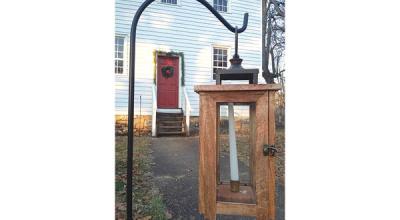 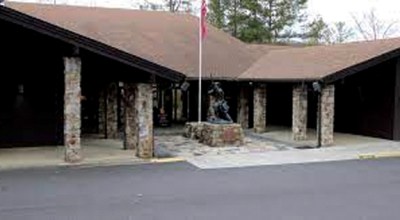