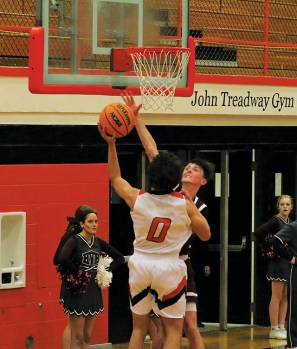 Star Photo/Ron Marvel Luke Whaley goes in for the layup against Colby Chausse. 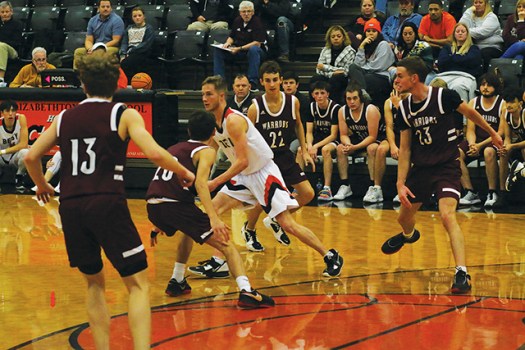 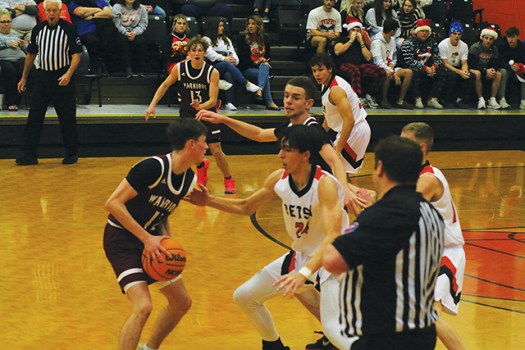 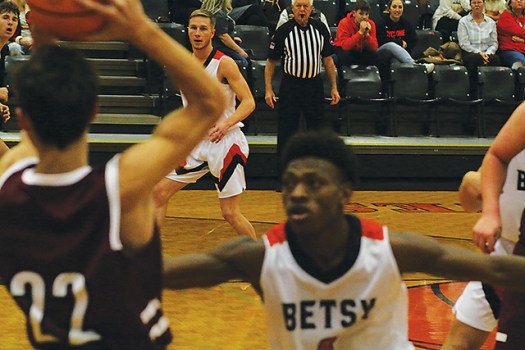 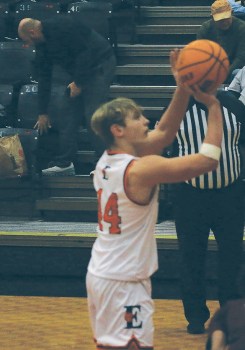 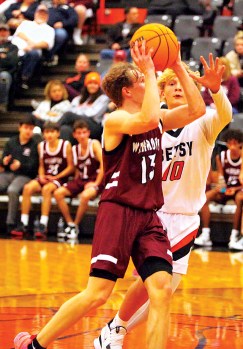 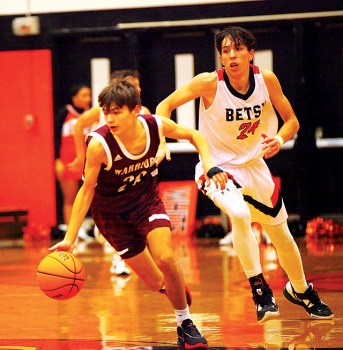 Submitted by Mike Hynes Dylan Furr starts the break as Jackson Hobbs chases him down. 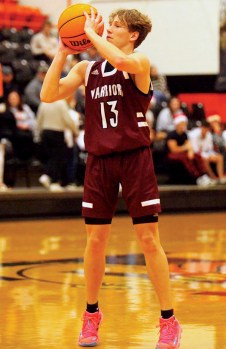 The Elizabethton Cyclones have an identity and it’s using their athletes to produce defensive pressure and create turnovers. That game plan forced the Warriors into 25 turnovers and allowed the Cyclones to win the game going away 81-41.

The Happy Valley Warriors came out to start the game with a good game plan. They would take several charges to initially disrupt the Cyclones offensive plan, but that defensive pressure and the Cyclones using well-designed traps proved too much for a Happy Valley team still trying to mesh.  An 8-4 Warrior lead quickly evaporated, as Luke Whaley hit an overarm layup and Mason Ball grabbed an offensive rebound and put the ball back up for the Cyclones to take their first lead at 11-10, a lead they wouldn’t relinquish.
Even though Mason Ball had a large splint on his hand, it didn’t seem to affect his game much. His physical pressure and ability to grab rebounds caused headaches for first-year Warriors head coach Shane Williams. After Tucker Shoun hit a twisting layup, the Cyclones, who were nursing a 13-12 lead, saw, Jackson Hobbs finish a lay-up with a spot-on assist from Dalton Mitchell and then Mason Ball scored four points to finish the quarter on a 6-0 lead and push the lead to 17-11.
The second quarter would start with the Cyclones and Warriors trading three-pointers from Mitchell and Warrior Dylan Furr. This was the point of the game the Cyclones, led by the speed of Mitchell and Nate Stephens, would turn the pressure up, leading to several runs by the Cyclones, who would take the lead up to 44-16. Happy Valley’s James Murray would score four points to close the half with Elizabethton leading 44-20. It was a half that the Warriors would have 17 turnovers.
The second half would see the Cyclones continue turning the screws and pushing the lead up to 55-24 at the 5:11 mark of the third. Zack Bates would hit a three-pointer and Jackson Hobbs would score six points in a row to extend the lead up 66-27. Dylan Furr would convert an around-the-back layup, but this would be one of the few highlights for the Warriors in the quarter, a quarter they were outscored 28-11, and would finish with the Cyclones up 72-31. The final quarter would see the Cyclones send out their reserves; the Warriors, though behind, would show effort in the fourth quarter cutting a 50-point Cyclone lead down to 40. Final score Elizabethton 81- Happy Valley 41. Elizabethton was led by Mason Ball with 19; Jackson Hobbs would chip in 14 and Dalton Mitchell 13. For the Warriors, Dylan Furr and Dakota Grindstaff both would finish with nine, and Grindstaff would hit three three-pointers. For the game, the Cyclones would have a 39-22 advantage on the boards.
After the game, Cyclones head coach Lucas Honeycutt would talk about the play of his team tonight “we have to have the kind of game every night and force those turnovers; this going to be something we live and die on.” On the play of Junior Mason Ball, Honeycutt added “he’s a stud, his fingers not a 100%, he’s a good back to the basket post player, you don’t see that much anymore.”
Boys Junior Varsity Elizabethton 74- Happy Valley 21
Mason Boling led the Cyclones with 14 points and Zack Wallin chipped in 12 as the JV Boys used the second period and three-pointers from Boling, Wallin and Colby Blevins to break open a 14-11 first-quarter lead and then cruise in the second half. Dylan Furr would score seven for the Warriors.