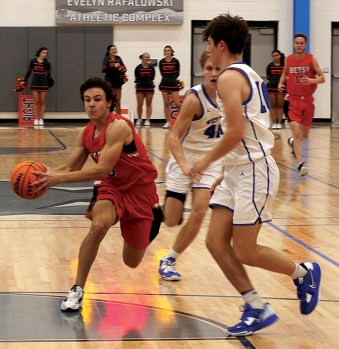 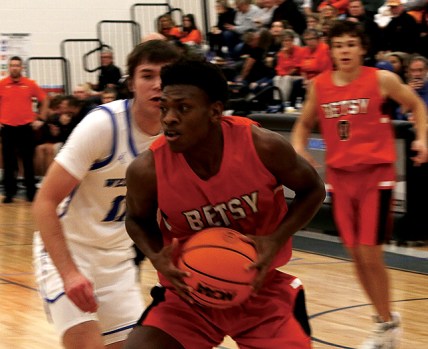 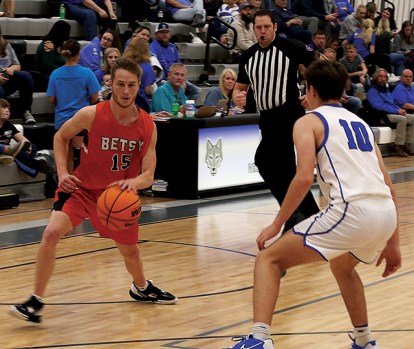 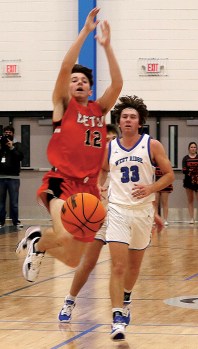 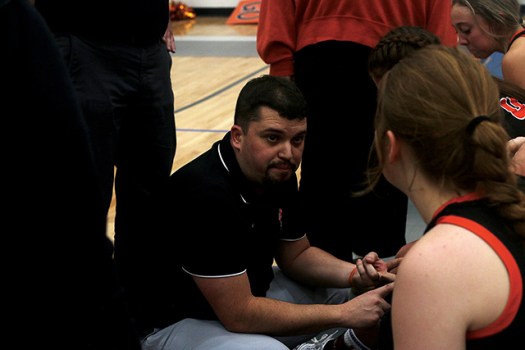 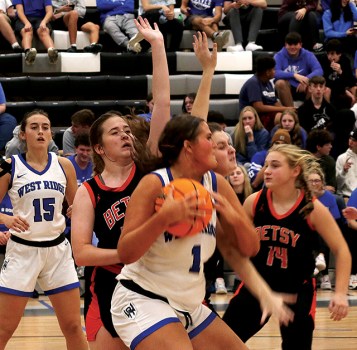 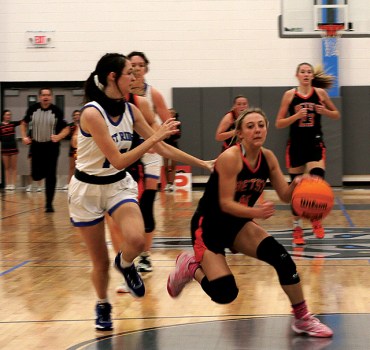 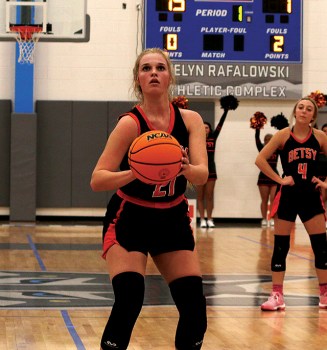 Star Photo/Ron Marvel Olivia Holly scores one of her 14 on a free throw. 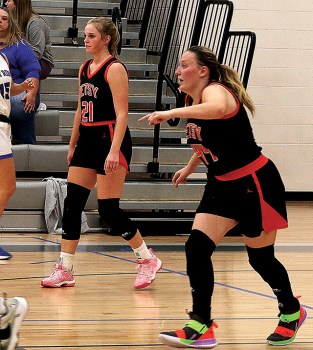 By Ron Marvel
Star Correspondent
The Elizabethton Cyclones and West Ridge High School clashed Tuesday night in a full tilt of action at ERAC Gymnasium in Blountville as both teams continue to prepare for the rigors of conference play.
Boys – West Ridge 58, Elizabethton 45
A slow start from the Cyclones put them in a 12-1 hole to start the game and though they went on a 7-0 run in the first period to close to within 13-8, they trailed throughout the game by as many as 16. Dalton Mitchell would dial in a long-range three in the closing minutes of the second period but a potential momentum shifting three with seconds left in the half by Nate Stephens would be smacked out of bounds with a thunderous block by Wolves Trey Frasier stealing some of the energy the Cyclones were trying to build. The defensive pressure and trap game that has served the Cyclones well in their early games seemed to cause problems at times for the Wolves but many times they seemed to break that pressure with long transition passes at the last moment.
Andrew Barnett would hit a couple of threes in the third period to count the lead down to eight at 3:42 in the third period and Dalton Mitchell would hit a floater at 5:04 in the fourth but it would be as close as they could get; at times in the game, they would threaten to close again to single digits but troubles at the free-throw line would pause any big Cyclones run. It was a game that saw the Cyclones struggle to finish near the rim as the 2-3 defense and the West Ridges height would cause the Cyclones shooting woes.
Dalton Mitchell would lead the Cyclones with 15 on the night, hitting three-three-pointers; Andrew Barnett and Mason Ball would add 10 and nine, respectively. Westridge’s Avery Harne would lead all scorers with 24, hitting eight of his nine free throws. After the game, coach Honeycutt said, “we haven’t seen the zone much and I think that 6’8 guy in the middle of their zone created problems for us”. He added, “our hustle and effort was good we just have to be more polished in our approach.”
Girls – Elizabethton 71, West Ridge 37
Even though the Cyclones were the smaller of the two teams, the Lady Cyclones defensively would not give up an inch; every pass and rebound would be contested. The Lady Cyclone jumped out early, going up 12-2 on a steal and bucket by Lina Lyon. The Wolves would close the game to 16-8 on a three-pointer by Fallon Taylor, but a follow-up three by Junior Reiley Whitson would end the first period at 21-11.
A couple of free throws by Renna Lane would push the lead out to 26-14 at the 6:31 mark of the third period; Marlee Mathena would finish off a layup and take punishment to push the lead out to 32-16 at the 5:54 mark. Ball movement would be excellent around the perimeter all night long; on the other side of the ball, aggressive play would keep the Wolves off-balance. Renna Lane would finish the half with a baseline overhand layup going into the locker room up 47-21.
The second half started slowly for the Lady Cyclones as they wouldn’t score until the 5:26 mark of the third period when ball movement around the perimeter would find an open Olivia Holly for another open three-pointer. As the case was all night long, Katie Lee would play the unsung hero for the Lady Cyclones not allowing the much taller players of the Wolves to get comfortable in the post as she would box out and get the tough rebounds; her play was so bothersome for the Lady Wolves she would draw a technical foul from Randi Smith who had clearly had enough off the Cyclone strong forward senior.
Cyclones would push out to a 40-point lead at 64-24 off a three-pointer by point-guard Reiley Whitson. Coach Andrews would take the last four minutes off the fourth period to get his reserve some needed minutes. Post-game coach Andrews talked about the effort of his team. “they are one of the biggest teams we will see this year; our kids shared the ball well tonight, kicking it, finding the weak areas, we played maturely tonight.”  On Katie Lee, Coach Andrews gushed, “she is a dog down there; that’s her stat line is one you don’t see; extremely proud of her.” Junior post player Marlee Mathena spoke about her team’s defensive play against the Wolves, “we worked and prepared hard this week; we would front them and get back-side help; it was a team effort.”
JV Boys – Westridge 63, Elizabethton 44
The Wolves would use a big fourth period to pull away from a pesky Cyclones JV squad. Jackson Hobbs scored a game-high 15 points and Justin Wallin added eight in a losing effort for the Cyclones. The Wolves would see four different player score in double digits to lead their balanced attack; Wolves player Trent Tatum would score 13 to lead their efforts.
JV Girls – Elizabethton 54, Westridge 44
Michelle Shields would score 14 of her 21 in the third period as the JV Lady Cyclones would pull away for the ten-point victory; Jamira Smalls would chip in 14 on the night and pick up several key rebounds.