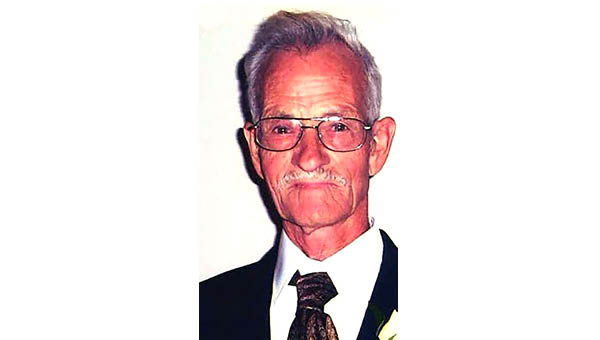 Walter France Andrews Sr., 92, of Hampton, Tenn., passed away on Saturday, January 7, 2023. He was born in Butler, Tenn., on June 22, 1930 to the late Wheeler and Elizabeth Finney Andrews. Walter was raised in the Cobbs Creek and Bunton Town communities.
In 1955 he married Betty “Noletta” Campbell and began 67 years of marriage and family. He found work in Akron, Ohio, with Akron Plating Company. After seven years in Ohio he returned his family “home” to Tennessee where they settled in Hampton. Walter worked for Wright and Lopez Construction, Hanley Structures and North American Rayon. In the late 1970s he began working for East Tennessee State University in Facilities. Over 20 years he worked as a carpenter, plumber and painter. He enjoyed his work at ETSU and made many friends across campus. His three daughters, also ETSU employees, are still met with the question, “How’s your Dad?”
Walter loved golf and was always the team designated putter. He taught his sons the game and loved traveling to Myrtle Beach with them and a host of friends for friendly weekend tournaments. These men loved Walter and everyone wanted “Pappy” on their team.
As a child, Walter attended many singing schools and learned the shape note method of music. He became a tenor signer at a young age. Later he became a great bass singer and sang with several local gospel groups and friends including Gib Hardin and Mack Holloway. He was song leader at Pearce Chapel Freewill Baptist Church, where he was a member, for many years.
In addition to his wife, Walter is survived by daughters, Theresa Marlow, Johnson City, Patti Marlow (Randy), Elizabethton, and Robin Grindstaff (Edward), Elizabethton; and sons, Jeff Andrews (Cindy Hopson), Johnson City, and Walter Andrews Jr. (Karla), Hampton. His greatest joys were his ten grandchildren and ten great-grandchildren. Also surviving are brothers, James and Lloyd “Pete” Andrews of Elizabethton; brother-in-law, Bearl Campbell (Pat), Butler; sister-in-law, Brenda Schenck (Don), Johnson City; several nieces and nephews; and many friends.
Beloved son, Robert Paul Andrews, preceded Walter in death on September 18, 2022. In addition to his parents, Walter was also preceded in death by brothers, Perry, D.L. and Claude Andrews, and sisters, Maude Cummins, Tudy Wallace, Mary Cable and Ruth Andrews.
Special thanks to the nurses and staff at Abundant Christian Living Community for the wonderful care they gave our husband and father during his brief stay.
Walter was a solid citizen, hard worker and a great Dad. He enjoyed life. He will be greatly missed but we know that he and Robert are now rejoicing in Heaven.
A Celebration of Life service for Walter France Andrews Sr. will be conducted at 7 p.m. Tuesday, January 10, at Tetrick Funeral Home, Elizabethton, with Pastor Greg Largent officiating. A eulogy will be offered by his son, Jeff Andrews. Music will be under the direction of his granddaughter, Tanika Hardin. The family will receive friends from 5 to 7 p.m. Tuesday.
The graveside service and interment will be conducted at 11 a.m. Wednesday, January 11, at the Andrews Family Cemetery. Active pallbearers will be sons and grandsons. Everyone will meet at Tetrick Funeral Home, Elizabethton, at 10:15 a.m. Wednesday to go in procession to the cemetery. Words of comfort can be sent to the Andrews family through our website, www.tetrickfuneralhome.com
Tetrick Funeral Home, Riverside Chapel, 211 North Riverside Drive, Elizabethton, TN 37643 (423) 542-2232, is honored to serve the Andrews family.