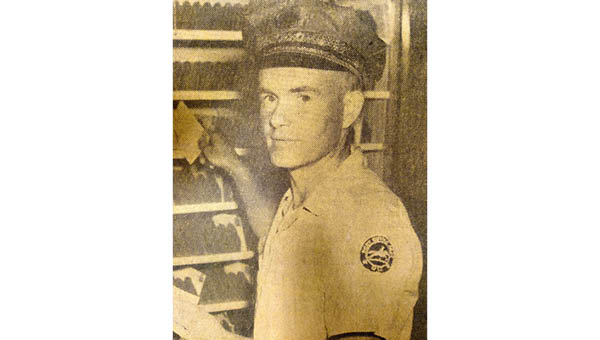 Cecil Jeffers, 94, Elizabethton, passed away Tuesday, January 3, 2022, at his residence. He was born October 24, 1928 in Limestone, Tenn., to the late Thomas and Ellen Austin Jeffers, but had lived most of his life in Elizabethton.
Cecil was a graduate of Chuckey Doak High School and East Tennessee State College. He served in the United States Army during the Korean Conflict. He also served in the Army National Guard as a Staff Sergeant. Cecil was employed by the U.S. Postal Service for 42 years. He served as President of the National Letter Carriers Union.
He was of the Christian Faith and a devoted husband and father of four children, four grandchildren and seven great-grandchildren.
In addition to his parents, he was preceded in death by two sisters, Elizabeth Chandler and Anna Million.
Left to cherish his memory are his wife of 70 years, Shirley Peters Jeffers; two sons and daughters-in-law, Larry (Cathy) Jeffers and Jeff (Tonya) Jeffers; two daughters and sons-in-law, Sherry (Butch) Carmichel and Debbie (Tommy) Stout; four grandchildren, Christy Fair, Shaun Stout, Travis Jeffers and Weston Jeffers; and seven great-grandchildren, Haley Fair, Jacey Fair, Maylie Stout, Gage Stout, Sullivan, Georgia and Charlie Jeffers.
A Celebration of Life service will be conducted at 11 a.m. Saturday, January 14, at the First Baptist Church of Elizabethton with Lance Crumley officiating. His nephew, Frankie Peters, will not be officiating the service due to illness. The family will receive friends from 10 to 11 a.m. Saturday, prior to the service. A special thank you to Amedisys Hospice Nurses for their loving care. Also, a special thank you to the church family of First Baptist Church, Elizabethton. In lieu of flowers, memorial contributions may be made to Isaiah 117 House Resource Center, 1705 State Line Road, Elizabethton, TN 37643 in his memory. Condolences may be sent to the family at our website, www.memorialfcelizabethton.com.
Memorial Funeral Chapel is serving the Jeffers family.